Kate, the Duchess of Cambridge, took two absolutely fantastic photographs of her children playing with their dad, Prince William, the Duke of Cambridge. The intimate photos were released publicly for Father’s Day in the UK on Sunday alongside Prince William’s 38th birthday.

The photographs showing Prince George, Princess Charlotte and Prince Louis and their dad were taken at their home Anmer Hall in Norfolk, UK, earlier this month.

The photographs of Prince William, who is second in the line of succession to the British throne, mark another step away from official photographs by professionals.

The young princess and two princes are laughing with sheer joy as they clamber playfully on the back of their amused and adoring father, Prince William, lying face down on the grass.

In another picture, Prince Louis is held in his father’s arms as he sits on an oak swing with Princess Charlotte and Prince George standing behind him. 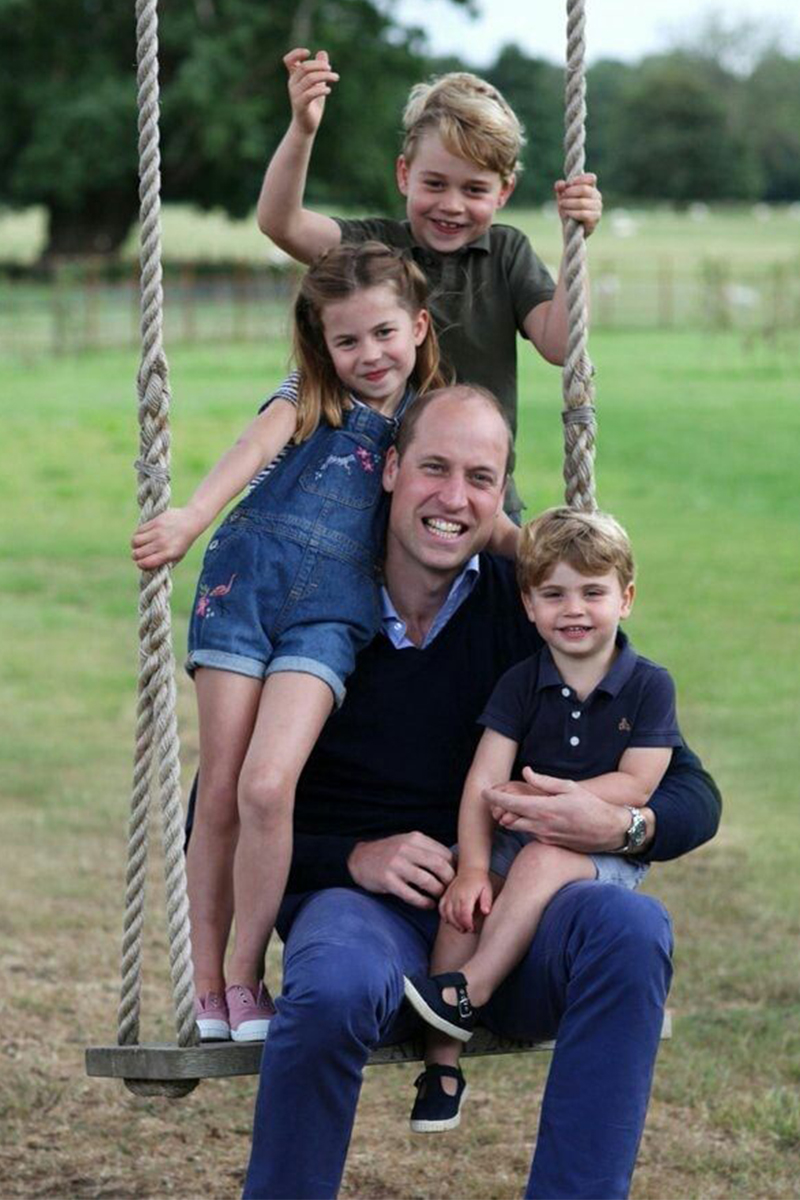 The clothes the children are wearing also tell a story – they all wore items that anyone can buy in the shops.

Princess Charlotte’s dungarees, teamed with a striped t-shirt, cost just £10 from the department store John Lewis. They have sold out in all sizes. Her pink laceless canvas shoes are still available and cost £24.99, Metro reported.

Prince Louis wore a £12.95 t-shirt from the retail clothing store Gap, and his shoes were £22 from Trotters. The Toddler Brannan Bear Polo Shirt comes in navy and off-white and features a little embroidered bear. It is still available in sizes two and three but is sold out in all other sizes.

Prince George wore a £5.99 H&M t-shirt, which he also wore for pictures released to mark his sixth birthday last year.

Prince William and his wife are determined to steer away from the perceived, if not actual, difference between the Royal Family and its people. They want to be seen as normal human beings, dressed in clothes anyone can buy whilst always trying to do the right thing for others be it charity work or Royal Family occasions.