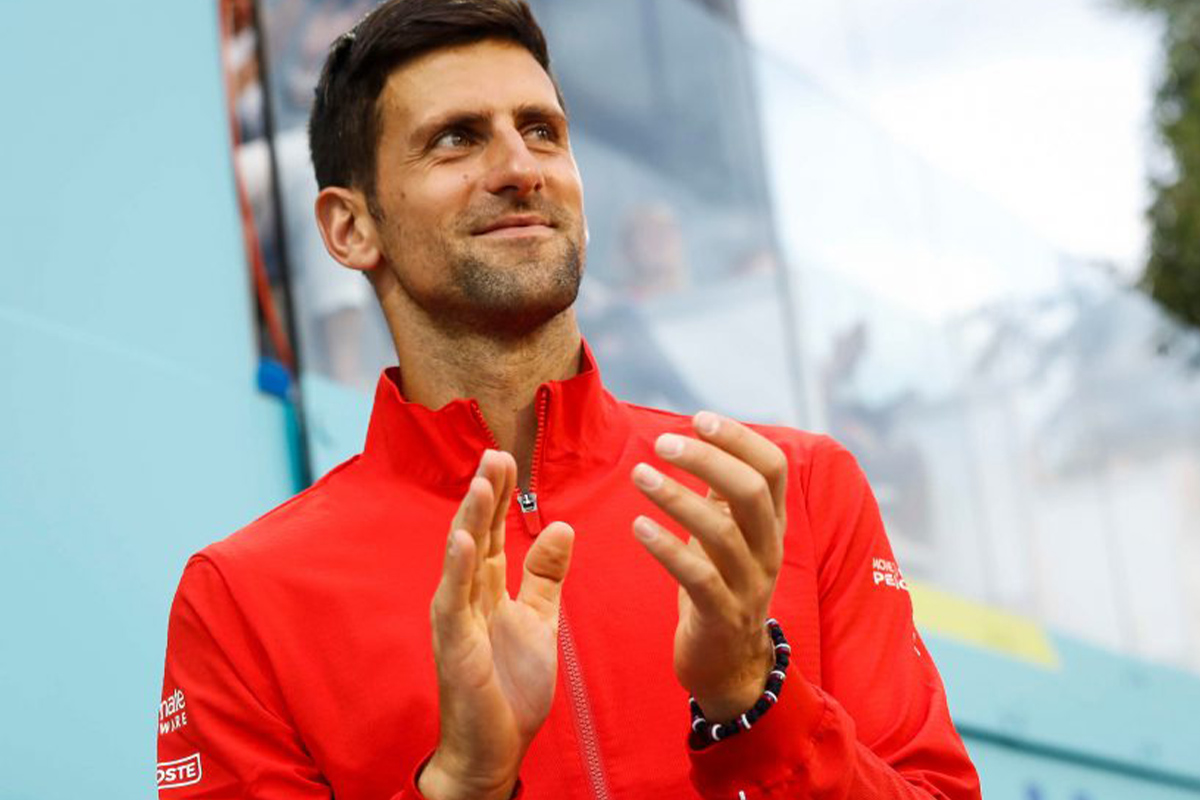 World’s best tennis player might not be the smartest

Australia’s top-ranked male tennis player Nick Kyrgios labelled it a “bone headed decision” for the world’s best tennis player Novak Djokovic to go ahead with an exhibition series in Croatia and Serbia with the coronavirus around.

Kyrgios was not wrong.

There was no social distancing in the grandstands during the series; players mingled freely, exchanging hugs and handshakes, playing pickup soccer and basketball, and even danced the limbo one night in Belgrade, Serbia. At the tournament, players posed for photographs with workers, tournament officials and spectators. No testing for coronavirus was required of the participants before the event began.

Prayers up to all the players that have contracted Covid – 19. Don’t @ me for anything I’ve done that has been ‘irresponsible’ or classified as ‘stupidity’ – this takes the cake. https://t.co/lVligELgID

Novak Djokovic, the world’s top-ranked male tennis player worth US$50.6 million in 2019, apologised on Tuesday as he announced that he and his wife, Jelena, had tested positive for the coronavirus.

“I am so deeply sorry our tournament has caused harm,” Novak Djokovic said on social media.

“We organised the tournament at the moment when the virus has weakened, believing that the conditions for hosting the Tour had been met,” Novak Djokovic said in a statement.

“Unfortunately, this virus is still present, and it is a new reality that we are still learning to cope and live with.

“I am hoping things will ease with time so we can all resume lives the way they were.

“I am extremely sorry for each individual case of infection. I hope that it will not complicate anyone’s health situation and that everyone will be fine.

“I will remain in self-isolation for the next 14 days, and repeat the test in five days.”

Authorities in Croatia and Serbia fear that the athletes might have started a cluster of infections.

In Zadar, a small coastal town in Croatia that had no confirmed infections until it hosted a leg of the competition, authorities were left scrambling to trace and test people who might have come in contact with Dimitrov, a Bulgarian who said on Sunday after returning to his home base in Monaco that he had tested positive to coronavirus.

Event director Goran Ivanisevic, a former Wimbledon champion who coaches Djokovic, said Dimitrov travelled to Serbia from Los Angeles and then travelled to Bulgaria before arriving in Croatia. Ivanisevic said local health officials informed the tour organisers that there was no requirement to test players or other attendees upon arrival if they were asymptomatic.

“[Dimitrov] came here on Wednesday and was complaining about his elbow,” Ivanisevic told the New York Times. “The first time Grigor said he was not feeling great in general was on Friday, and on Saturday he played his first match against Coric. He didn’t look very good.”

Dimitrov withdrew from his second match on Saturday and left the event, returning to Monaco.

Ivanisevic said he could not understand how the coronavirus works.

“I was two weeks with Marco Panichi, who is Novak’s fitness coach,” he said. “I was with him night and day, and he is positive, and I am negative, so how to explain that?”