SpaceX delivered two astronauts to the International Space Station (ISS) for NASA, following up a historic liftoff with an equally smooth docking in yet another first for the company owned and run by Elon Musk.

With experienced NASA astronauts Colonel Doug Hurley and Bob Behnken poised to take over manual control if necessary, the SpaceX Dragon capsule pulled up to the ISS and docked automatically, with no assistance needed. The hatches swung open a few hours later, and Hurley and Behnken floated into the orbiting laboratory and embraced the three station residents Anatoly Ivanishin, Ivan Vagner and Chris Cassidy, NASA wrote in a blog. 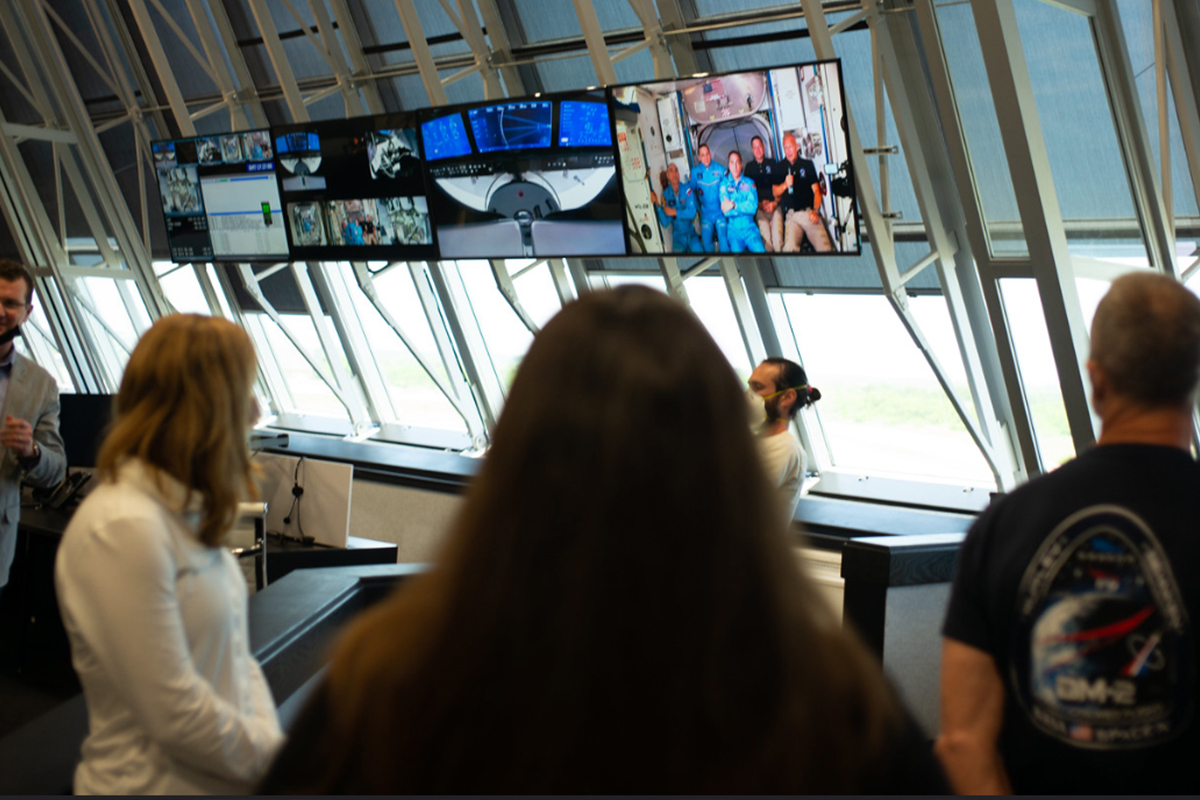 Unlike the SpaceX and NASA flight control rooms, where everyone was spaced well apart, there was no social distancing or masks needed in orbit since the new arrivals had been in quarantine for many weeks.

This is the first time in human history @NASA_Astronauts have entered the @Space_Station from a commercially-made spacecraft. @AstroBehnken and @Astro_Doug have finally arrived to the orbiting laboratory in @SpaceX's Dragon Endeavour spacecraft. pic.twitter.com/3t9Ogtpik4

“The whole world saw this mission, and we are so, so proud of everything you have done for our country and, in fact, to inspire the world,” NASA Administrator Jim Bridenstine said in a call from Mission Control in Houston.

Hurley credited SpaceX, adding: “It’s great to get the United States back in the crewed launch business.”

It was the first time a privately built and owned spacecraft carried astronauts to the space station in its more than 20 years of existence. NASA considers this the opening in a business revolution encircling Earth and eventually stretching to the moon and Mars.

“NASA is not going to purchase, own and operate rockets and capsules the way we used to,” Bridenstine said. “”We’re going to partner with commercial industry.”

SpaceX ended a nine-year launch drought for NASA. The achievement, years in the making, is expected to drive down launch costs so more people might be able to afford a ticket to space in the coming years.

Behnken told the welcoming committee at NASA’s Johnson Space Center that the Dragon was “a slick vehicle” and said he was surprised at how rough the ride was on the latter part of ascent, compared with the space shuttle, which he and Hurley rode twice.

“Dragon was huffing and puffing all the way into orbit,” he said. 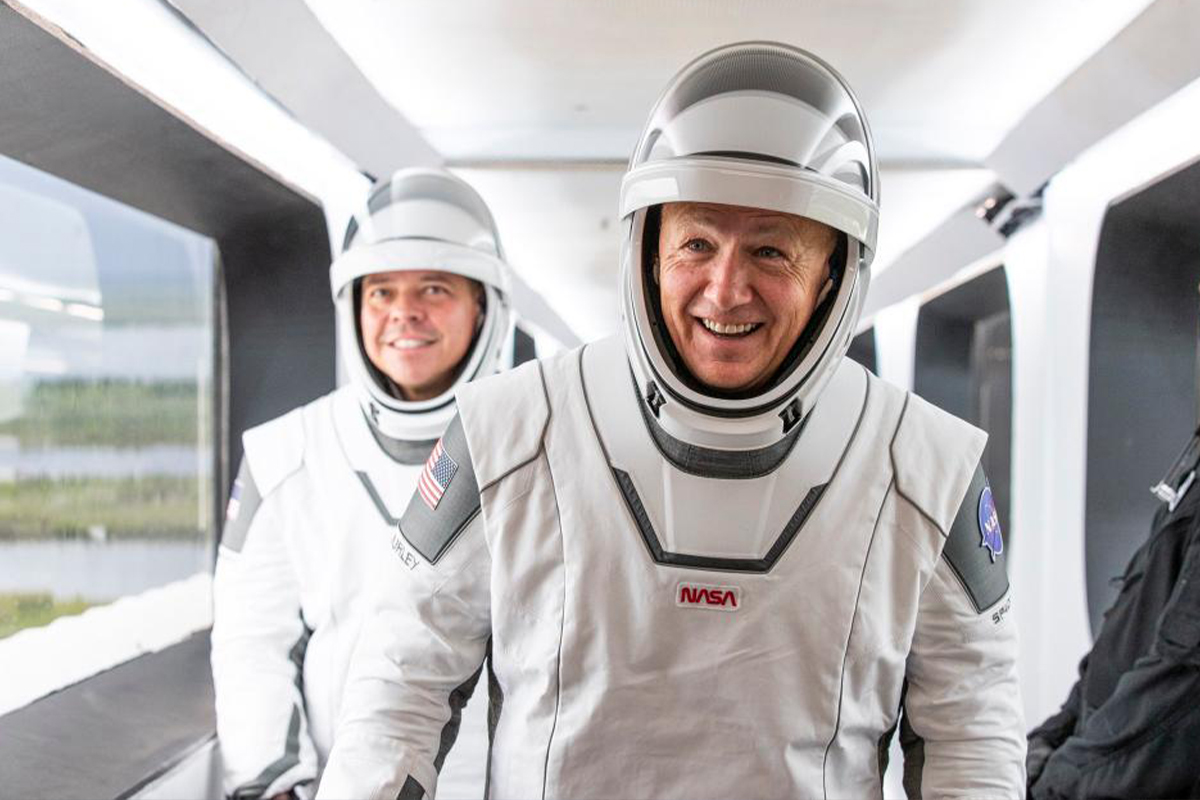 Known as NASA’s SpaceX Demo-2, the mission is an end-to-end test flight to validate the SpaceX crew’s transportation system, including launch, in-orbit, docking and landing operations. It will pave the way for its certification for regular crew flights to the station as part of NASA’s Commercial Crew Program.

For operational missions, Crew Dragon will be able to launch as many as four crew members and carry more than 220 pounds of cargo, enabling the expansion of the inhabitants of the space station, increasing the time dedicated to research in the unique microgravity environment, and returning more science back to Earth.

NASA has not decide how long Hurley and Behnken will spend at the ISS, but it will probably between one and four months. While they’re there, they’ll join NASA’s Cassidy and the two Russian station residents in performing experiments and possible spacewalks to install fresh station batteries.