US President Donald Trump speculated that China could have unleashed the coronavirus on the world due to some kind of “mistake,” and his intelligence agencies said they are still examining a notion put forward by the president and aides that the pandemic may have resulted from an accident at a Wuhan laboratory.

Donald Trump told reporters at the White House that evidence he had seen gave him a “high degree of confidence” the coronavirus virus, which has killed more than 234,000 people worldwide, came from the Wuhan Institute of Virology.

“We have people looking at it very, very strongly. Scientific people, intelligence people and others. We’re going to put it all together. I think we will have a very good answer. And China might even tell us,” Trump said.

“It’s a terrible thing that happened. Whether they made a mistake or whether it started off as a mistake and then they made another one, or did somebody do something on purpose.

“Certainly it could have been stopped. They either couldn’t do it from a competence standpoint, or they let it spread.”

In a statement, The Office of the Director of National Intelligence, the clearinghouse for the US spy agencies, confirmed the Wuhan laboratory accident scenario was still being considered as a possibility and ruled out the idea that the virus was a man-made bioweapon.

“The intelligence community will continue to rigorously examine emerging information and intelligence to determine whether the outbreak began through contact with infected animals or if it was the result of an accident at a laboratory in Wuhan,” it said.

Earlier this month, Trump addressed the laboratory theory saying, “More and more, we’re hearing the story”. Secretary of State Mike Pompeo added at the time, “The mere fact that we don’t know the answers — that China hasn’t shared the answers — I think is very, very telling”.

Pompeo also pressed China to let outside experts into the Wuhan laboratory “so that we can determine precisely where this virus began”.

China stated that the virus originated in a market selling wildlife in Wuhan and jumped from animals to people. 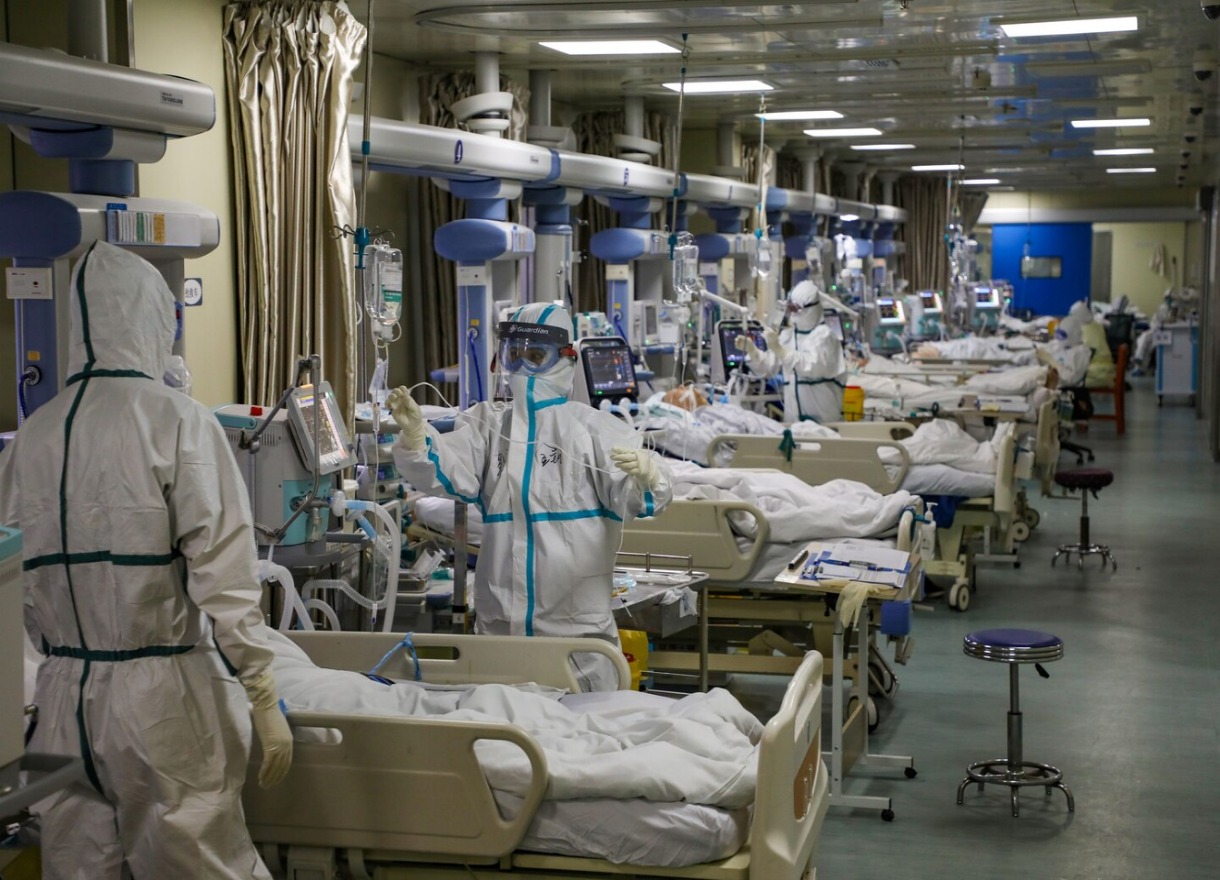 In recent days the Trump administration has sharpened its rhetoric on China, accusing the geopolitical foe and vital trading partner of failing to act swiftly enough to sound the alarm about the outbreak or to stop the spread of the virus that causes COVID-19. US officials have said the Chinese government should “pay a price” for its handling of the pandemic.

Scientists studying the virus for months have made clear they believe it wasn’t man-made but are still working to determine a point at which it may have jumped from animals to humans, AP News reported.

Early attention focused on the live-animal market in Wuhan where the first cases were reported in December. But the first person identified with the disease had no known connection to that market.

Kristian Andersen, who studies the virus at Scripps Research in La Jolla, California, puts the odds of it being accidentally released by the Wuhan laboratory at “a million to one,” far less likely than an infection in nature. But virus expert David O’Connor of the University of Wisconsin-Madison said too little is known to rule out any source, except the idea the virus was man-made. Finding the source is important, he said, because it may harbor the next pandemic virus.

The US was providing funding to the Wuhan laboratory for its research on coronaviruses, Michael Morell, former acting director and deputy director of the CIA, said.

He said State Department cables indicate that there have been concerns in past years among US officials about the safety protocols at that laboratory. If the virus did escape from a Chinese laboratory, it not only reflects negatively on China but also on the US for providing research funding to a laboratory that has safety concerns, Morell said during an online forum hosted by the Michael V. Hayden Center for Intelligence, Policy and International Security at George Mason University.

“So if it did escape, we’re all in this together,” Morell said. “This is not a gotcha for China. This is a gotcha for both of us.”

The US has now recorded at least 1,069,664 cases of coronavirus and 63,006 related deaths, according to data from Johns Hopkins University in Maryland, Baltimore.