New Zealand has successfully eliminated COVID-19 and left the world’s media in awe.

Ardern announced on Monday that the population is no longer required to social distance themselves after 17 days of no cases of COVID-19 and the first day with no active cases. Gathering sizes have been scrapped and schools and places of work can return to normal. Domestic flights also return.

“It was very exciting information to hear, so I confess that when I heard that information I did do a – I don’t even know if I could describe it as a dance – some semi-coordinated movement around the lounge,” Ardern said during a Facebook live chat.

“Ardern has been praised internationally for her approach to New Zealand’s outbreak, which was among the most stringent in the world. Her live video updates on Facebook, streamed from her own home, offered a relatable understanding of the impact of the coronavirus lockdown on the lives of New Zealanders, but a firm resolve to eradicate the disease from the country,” The New York Times said.

“Her approach focused on framing the effort of the nation as one of cooperation, often referring to her fellow New Zealanders as a ‘team of five million’ tasked with keeping each other healthy.”

Bloomberg said: “Rather than seeking to merely suppress transmission of the virus, New Zealand pursued an explicit elimination strategy. It enforced one of the strictest lockdowns in the world, asking everyone to stay at home and allowing only essential services to operate.

“While this has almost certainly triggered a deep recession, the Government hopes being virus-free will allow the economy to recover more rapidly than many of its peers.”

One of India’s biggest newspapers, the Hindustan Times, called the success “stunning”, stating New Zealand is one of eight countries to eliminate the virus.

“The stunning announcement came on Monday when the country’s health officials said that it has no active cases of COVID-19. The Pacific island nation is among only a handful of countries that have emerged from the pandemic, which first gripped the United States and has now turned Latin America into a hotspot.

“Experts say that its isolated location in the South Pacific also gave New Zealand vital time to see how outbreaks spread in other countries. Just over 1500 people contracted the virus in New Zealand, including 22 who died.”

However, they neglect to mention the one lockdown that remains firmly in place in New Zealand – its borders. Europe which has quickly relaxed its borders has seen clusters of infections of COVID-19 continue. Germany, regarded as the European country which dealt best with the coronavirus, had more cases of new infections on Sunday than the likes of Spain, Italy, Belgium, Sweden and France.

“This freedom from restrictions relies though heavily on the ongoing role that our border controls will play in keeping the virus out … The virus will be in our world for some time to come,” Ardern said.

The World Health Organization (WHO) said on Monday that new coronavirus cases had their biggest daily increase ever as the coronavirus pandemic worsens globally and has yet to peak in central America, Reuters reported.

More than 136,000 new cases of COVID-19 were reported worldwide on Sunday, the most in a single day so far. Nearly 75% of them were reported from 10 countries, mostly in the Americas and South Asia. 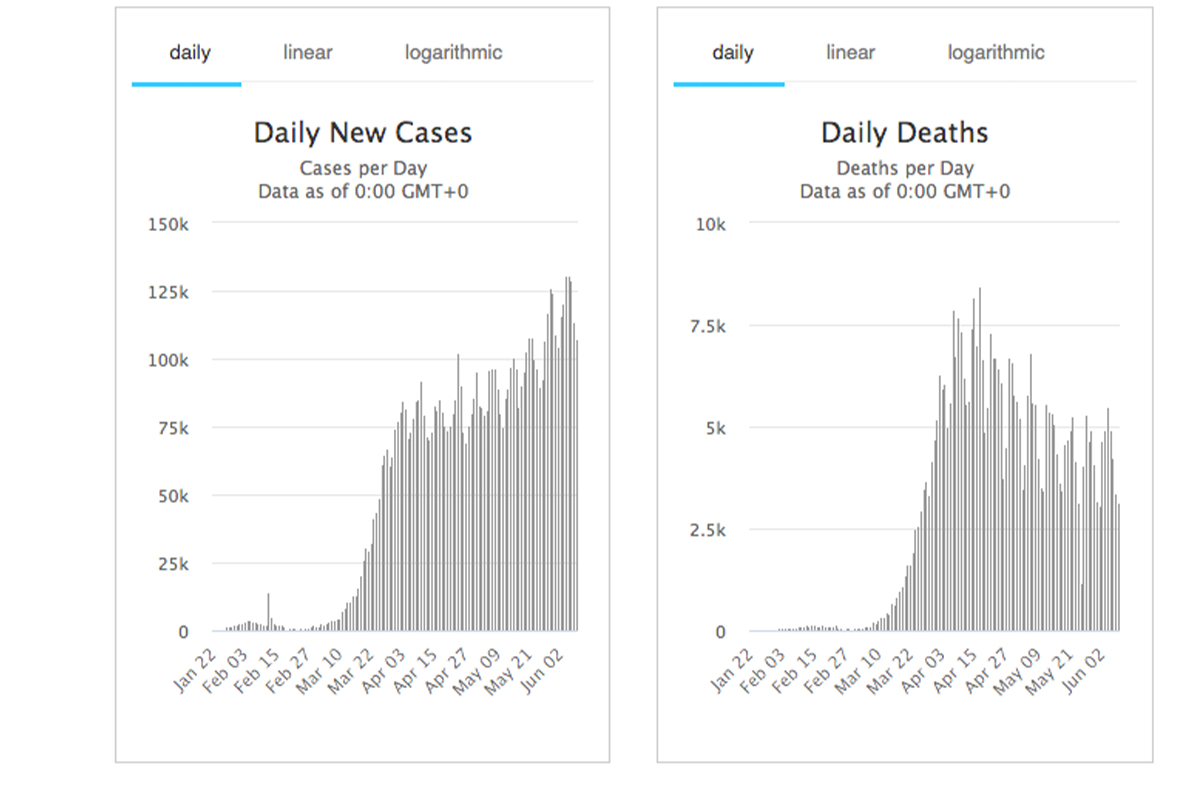 WHO urged countries to “contain the virus” whereas New Zealand has eliminated it.

“This is far from over,” said Maria van Kerkhove, a WHO epidemiologist, in an online briefing.