Facebook, the online social media and networking platform, has killed advertisements for US President Donald Trump’s re-election campaign that featured a symbol used in Nazi Germany and in emojis on Facebook.

Donald Trump‘s campaign team said the advertisement was aimed at the far-left activist group ANTIFA, which it said uses the symbol and which Trump has declared a “terrorist organisation”.

“Dangerous MOBS of far-left groups are running through our streets and causing absolute mayhem. They are DESTROYING our cities and rioting – it’s absolute madness,” Team Trump says in the ad.

“It’s important that EVERY American comes together at a time like this to send a united message that we will not stand for their radical actions any longer. We’re calling on YOU to make a public statement and add your name to President Trump and stand against ANTIFA.

“Please add your name IMMEDIATELY to stand with your President and his decision to declare ANTIFA a terrorist organisation.”

The advertisement then featured an inverted red triangle with a black outline. 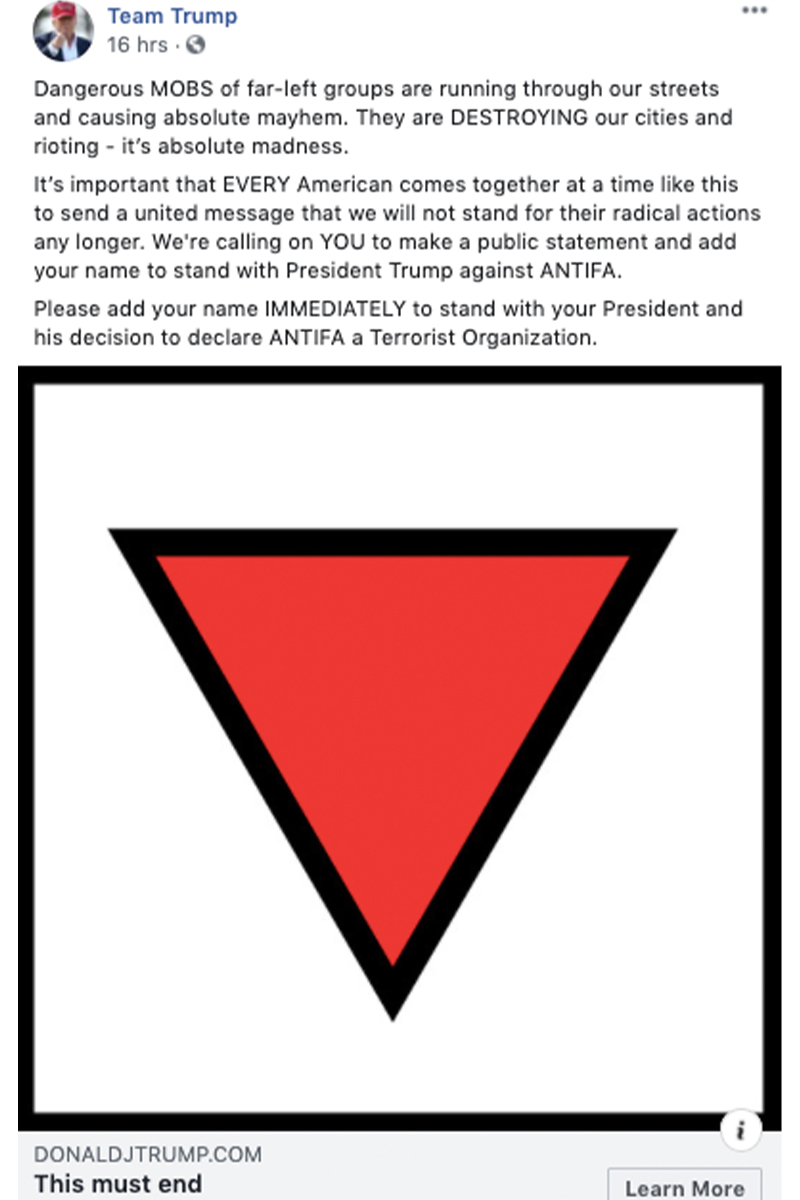 “We don’t allow symbols that represent hateful organisations or hateful ideologies unless they are put up with context or condemnation,” Facebook’s head of security policy, Nathaniel Gleicher, said on Thursday.

“That’s what we saw in this case with this ad, and anywhere that that symbol is used we would take the same actions.”

The advertisements were posted on Facebook by Team Trump on pages belonging to President Donald Trump and Vice President Mike Pence. They were online for about 24 hours before they were taken down.

“The inverted red triangle is a symbol used by antifa, so it was included in an ad about antifa,” Tim Murtaugh, a spokesman for the Trump campaign, said in a statement.

“We would note that Facebook still has an inverted red triangle emoji in use, which looks exactly the same.”Trump has accused ANTIFA of starting riots at street protests across the US over the death in police custody of African American George Floyd.

The President said last month that he would designate the anti-fascist group a “domestic terrorist organisation”. 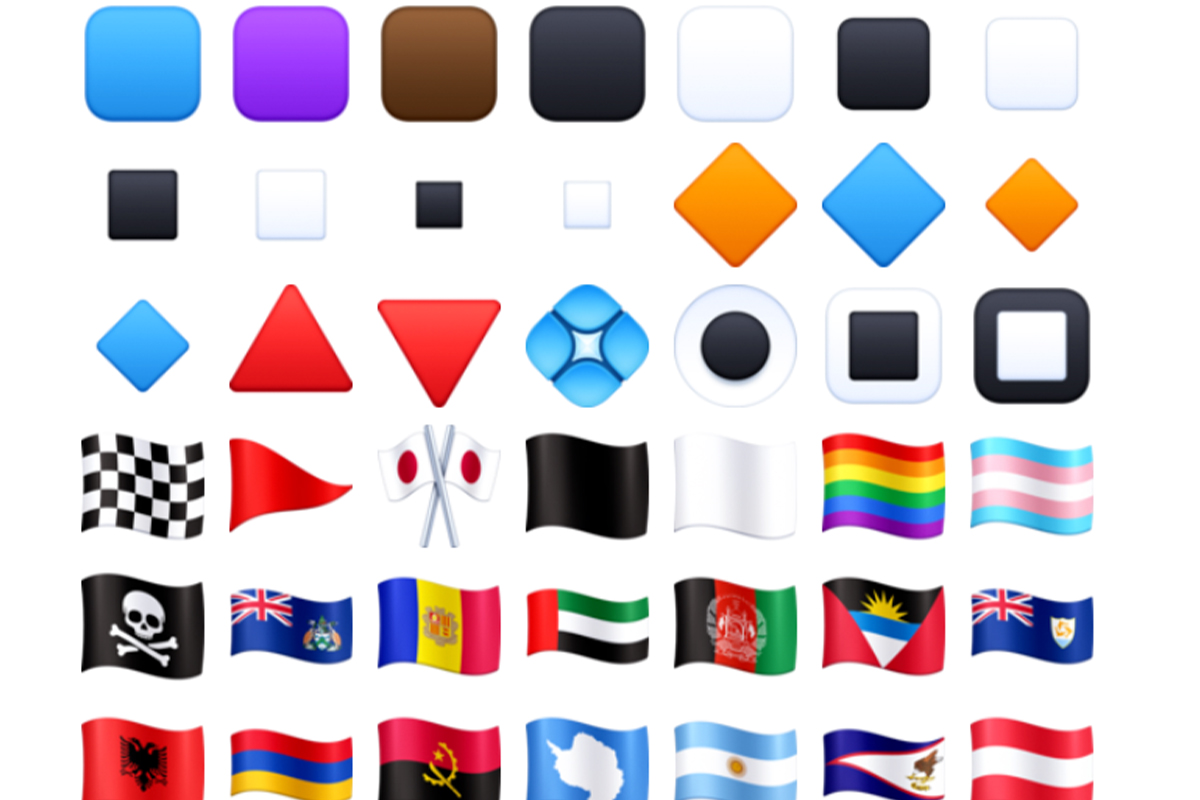 ANTIFA is a far-left protest movement that opposes neo-Nazis, fascism, white supremacists and racism. It is considered to be a loosely organised group of activists with no leaders.