Years before the terminology was dreamed up, she was a basketball unicorn; an improbable and often unguardable combination of size, shooting skill, athleticism and killer instinct.

After a career that saw her win three WNBA MVP crowns and be named one of ESPN’s 20 most dominant athletes of the last 20 years (ahead of such names as Cristiano Ronaldo and Tom Brady), she has put pen to paper with My Story: A Life in Basketball and Beyond.

My story… covers the challenges of life after retirement

It’s a memoir which candidly details the battles with anxiety beneath the high-flying success, reveals how early forays into basketball provided a refuge from bullying and reflects on how motherhood changed her perspective.

Talking to The CEO Magazine alongside one-year-old son Harry, Jackson says the endeavour was “full on emotionally”.

“There were times when I literally had a knot in my stomach and I was thinking: ‘I just don’t want to go back to that place’,” she recalls. “But there were other times I thought ‘Wow, I totally forgot that that happened’.

“It was an interesting experience, quite cathartic in a way, but good.”

One particularly gruelling stretch of the book recounts the difficulty in adjusting from global stardom and life as an athlete into the uncertain next chapter, including a harrowing decision to go cold turkey from the painkillers that helped her through the injury-ravaged last phase of her career.

Jackson agrees that we are learning more about the difficulties of such a transition.

“People are more open to talking about mental health issues and things like that.

“All of a sudden you’re starting to get this pattern as well with athletes moving out of sport into real life, and the challenges that they face. For me, there was definitely an element of relief when I retired because I was just in so much physical pain that it was becoming so hard for me to get out of bed every morning.” 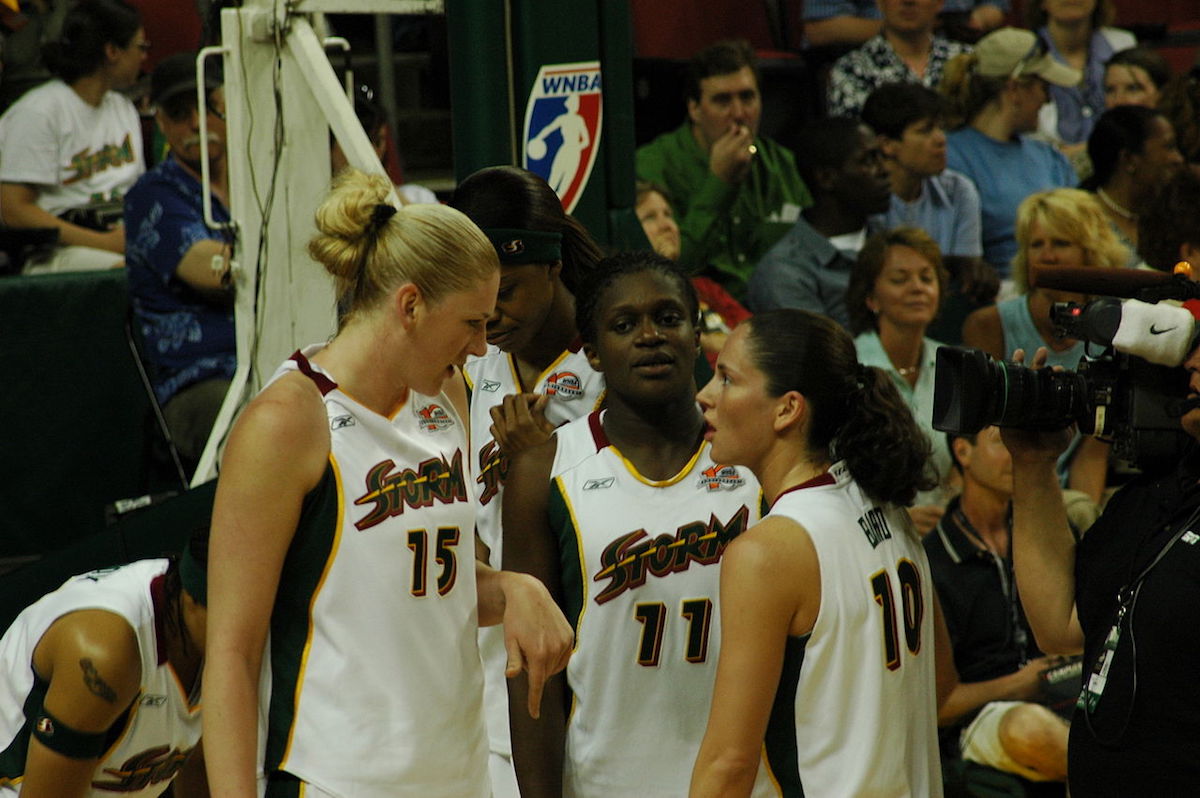 While she originally planned to spend her days travelling from beach to beach in a Kombi van, it soon became clear such a life of carefree leisure would not fulfil her.

“After a week I was like: “Oh my God, If I don’t do something I’m actually going to go insane,” she recalls.

Thankfully, her local WNBL team, the Melbourne Boomers, intervened with a job offer and she came on board as Assistant General Manager. She remains a passionate advocate for the local professional league and its ability to raise the visibility of women in sport.

“It’s about representation and I think young women having the opportunity to see women following their dreams and being able to play professional sports is pretty exciting. It just gives kids a ‘dare to dream’ type attitude and I think girls need that.”

G.O.A.T. | For her ongoing work to develop, encourage and reinforce women through sport and her work as an @AussieHoopsHQ ambassador, @laurenej15 has been recognised with the Oceania International Olympic Committee Women in Sport award: https://t.co/2MzAyNjSPw pic.twitter.com/nUnEWeCJRD

My Story… also pays tribute to mentors like former Seattle Storm coach Anne Donovan who knew how to get the best out of Jackson.

“I was so nervous and anxious all the time and worried about what was to be rather than really embracing the moment. But once I got to Seattle, I felt like it was home. I felt safe there.”

Another especially fruitful relationship was with Carrie Graf, the resourceful coach of the now University of Canberra Capitals. Jackson became the centrepiece of Graf’s juggernaut side and won five WNBL titles in the Australian capital.

“Canberra is the sort of place where people really embrace that kind of attitude. They wanted to see equality for women. Canberra is a very special place to me, and I think people underestimate the importance of that city.

Having completed a degree in gender studies, Jackson is now studying an MBA and expecting another child in January. She plans to focus on study over the next six months but is interested in continuing in sports administration.

“I’m trying to put myself in the best position to take opportunities when they come up,” she says. “That is really important to me at the moment, to cater to my future and my kids’ future.”

Always a strong advocate for gender equality in sport and society, Jackson says basketball has made some progress towards equality but it has been at a “very slow pace”, with even elite women players having to maintain day jobs or go overseas for opportunities.

“For me, it’s about seeing that representation and giving girls the opportunity to be able to make a living from playing sports,” she says. “I want to see them have the same resources and access to resources as what men do.”