The smartwatch has weathered the economic downturn caused by the society lockdowns as a result of the novel coronavirus pandemic.

Strategy Analytics smartwatch report estimates that the smartwatch market as a whole grew 20% year-on-year in the first quarter of 2020.

“Global smartwatch shipments grew 20% annually from 11.4 million units in Q1 2019 to 13.7 million in Q1 2020. Despite considerable headwinds from the Covid-19 scare, global demand for smartwatches continued to grow. Smartwatches are selling well through online retail channels, while many consumers have been using smartwatches to monitor their health and fitness during virus lockdown,” said Steven Waltzer, Senior Analyst at Strategy Analytics.

The Apple Watch, which is in its fifth edition, remains the most popular smartwatch on the market. You can get messages and notifications, fitness tracking, workout tracking, heart rate monitoring, warnings about abnormal heart rates and detect falls, ECG readings and the GPS tracking of workouts.

Samsung Galaxy Watch has 11 models and variants and it is the second most popular smartwatch brand. 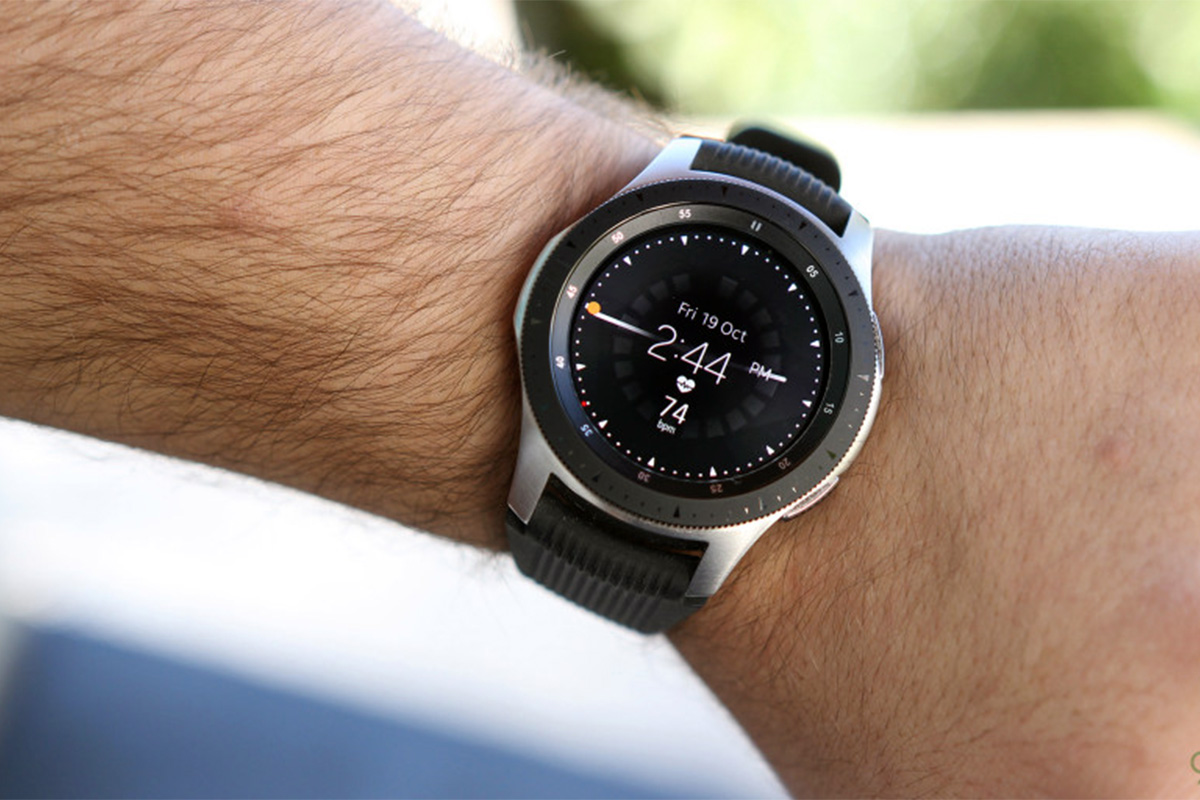 “Samsung shipped 1.9 million smartwatches worldwide in Q1 2020, inching up slightly from 1.7 million a year ago. Samsung’s global smartwatch marketshare has dipped from 15% to 14% during the past year. Samsung remains the world’s number two smartwatch vendor, but its growth was slowed by the coronavirus lockdown at home in South Korea and renewed competition from hungry competitors like Garmin.”

Garmin, founded by Gary Burrell and Min Kao in Kansas, US in 1989, has become the third biggest brand of smartwatches. Garmin sell GPS smartwatches which are aimed at the health market and it’s popularity is shown by the Garmin Venu with its AMOLED screen and the Vivoactive 4.

vivomove Luxe looks good. And with hydration-tracking, it makes you feel good too. pic.twitter.com/y0WjiZ5ILt

“Garmin returned to third position for the first time in two years and shipped 1.1 million smartwatches worldwide in Q1 2020, leaping an impressive 38% annually from 0.8 million in Q1 2019. Garmin has grown from 7% to 8% global smartwatch marketshare in the past year. Enhanced new models, such as the Venu with OLED color touchscreen, are proving popular with sports and fitness fans across North America and elsewhere who like to track their daily activity,” said Mawston.

Smartwatches have developed and become very stylish over the years. There are many brands in the current smartwatch market including Casio, Timex, Montblanc, Diesel, Tag Heuer and Fossil. In China, budget brands such as Xiaomi, Amazfit and Oppo exist to satisfy their market.

Smartwatches continue to have excellent long-term prospects, as younger and older people will become more health-conscious in a post-virus world. Smartwatches can monitor vital health signs such as oxygen levels while consumers may find comfort in having a virtual health assistant strapped to their wrist, explained Woody Oh, Director at Strategy Analytics.

“It’s odd though that iOS only has 28.9% of the share of smartphones, but 55% of the smartwatch market. With the Apple Watch not able to run on Android smartphones, that’s a big gap,” reported Wareable.