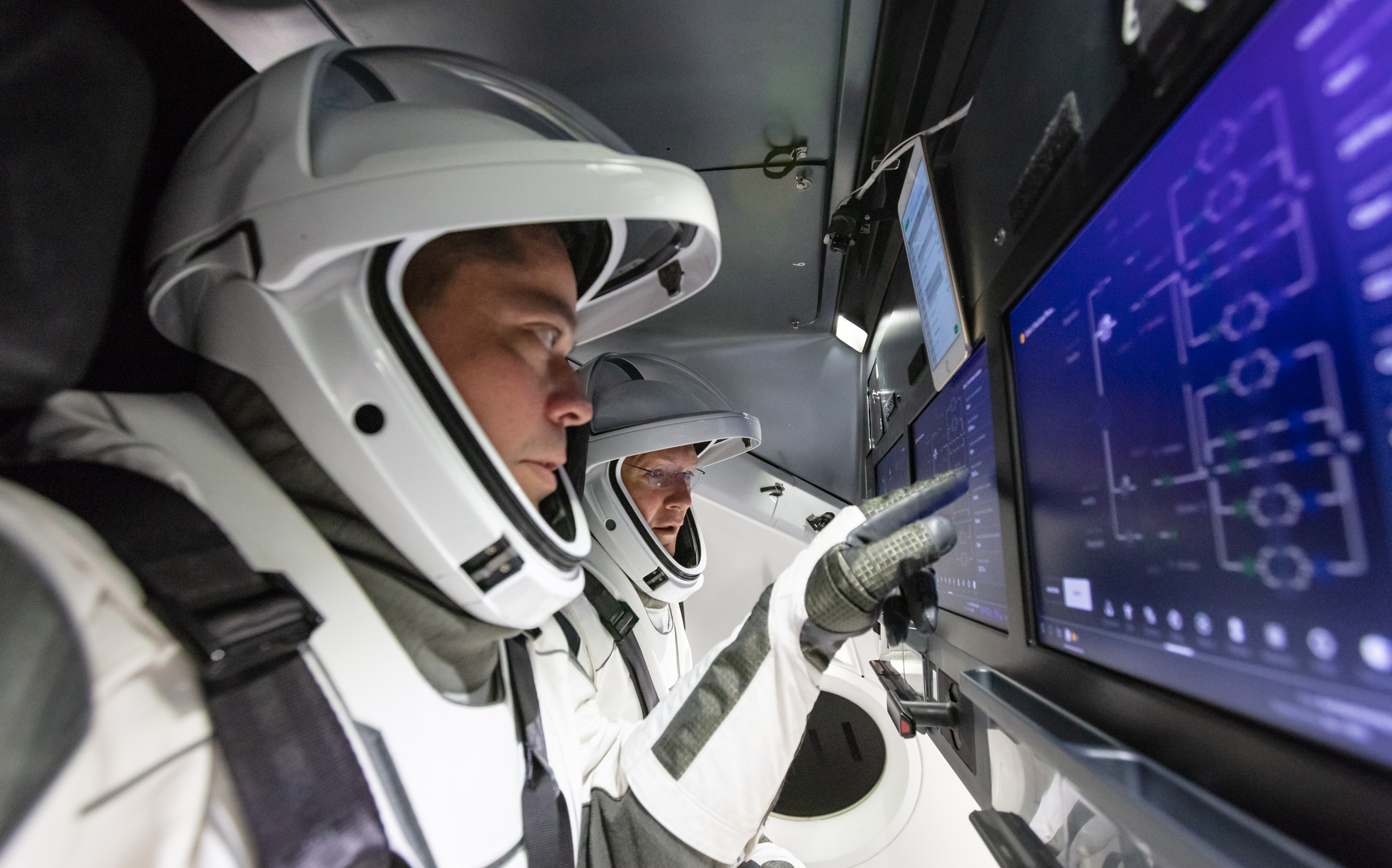 Before NASA astronauts Robert Behnken and Douglas Hurley become the first astronauts to launch from US soil in nearly a decade, they have had to enter quarantine.

Behnken and Hurley entered quarantine in the Astronaut Quarantine Facility at Johnson Space Centre on Wednesday, May 13, in preparation for their upcoming flight to the International Space Station (ISS) on NASA’s SpaceX Demo-2 mission.

Astronauts Behnken and Hurley are scheduled to lift off aboard a SpaceX Crew Dragon spacecraft carried by Elon Musk company’s Falcon 9 rocket two weeks later at 4:33 pm Eastern time on Wednesday, May 27, from NASA’s Kennedy Space Centre in Florida.

Here’s some @Tesla news that everyone should love. Check out the Model X that will carry @AstroBehnken and @Astro_Doug to the launchpad for the Demo-2 mission! #LaunchAmerica pic.twitter.com/6GCQYDFXiv

Due to the coronavirus pandemic, people all over the world recently have experienced varying degrees of quarantine (lockdown)– a period of isolation from others to prevent the spread of contagious illness. However, for crews getting ready to launch, “flight crew health stabilisation” is a routine part of the final weeks before liftoff for all missions to the space station.

Behnken and Hurley will be the first US astronauts to fly to the ISS aboard an American spacecraft launched from US soil since the retirement of the Space Shuttle Program in 2011. The Demo-2 flight is an end-to-end test of SpaceX’s crew transportation system, part of NASA’s Commercial Crew Program. They’ll meet up with the Expedition 63 crew already in residence aboard the orbiting laboratory: NASA astronaut Chris Cassidy and cosmonauts Anatoly Ivanishin and Ivan Vagner.

NASA’s Commercial Crew Program is working with the American aerospace industry as companies develop and operate a new generation of spacecraft with launch systems capable of carrying crews to low-Earth orbit and the International Space Station. Commercial human space transportation to and from the station will provide expanded utility, additional research time and broader opportunities for discovery on the orbiting laboratory. The program also has the benefit of facilitating and promoting a vibrant US economy in low-Earth orbit.

Big News! The #Artemis generation is going to the Moon to stay. I’m excited to announce that we have selected 3 U.S. companies to develop human landers that will land astronauts on the Moon: @BlueOrigin, @Dynetics & @SpaceX. https://t.co/mF6OzFqJJC pic.twitter.com/nuMQlDIyGS

Spending the final two weeks before liftoff in quarantine helps ensure the Demo-2 crew arrives healthy, protecting themselves and their colleagues already on the station.

“Since Hurley and Behnken are training side by side and will be working and living as a team on the space station with their crewmates, they’re unable to maintain a six-foot distance. NASA’s quarantine rules are designed to protect astronaut crews while allowing them to continue working closely together, by limiting who can be in close proximity to them and ensuring they stay in environments in which their exposure to contagions or other hazardous materials can be tightly controlled in advance of their launch,” NASA said in a blog.

“Some additional safeguards have been added because of the coronavirus. For example, anyone who will come on site or interact with the crew during the quarantine period, as well as any VIPs, will be screened for temperature and symptoms. Hurley and Behnken, as well as those in direct, close contact with the crew will be tested twice for the virus as a precaution.”

Astronauts Behnken and Hurley will remain in quarantine after their arrival at Kennedy Space Centre on May 20.

NASA and SpaceX in first astronaut flight next month

Elon Musk destroying a SpaceX rocket in pursuit of safety