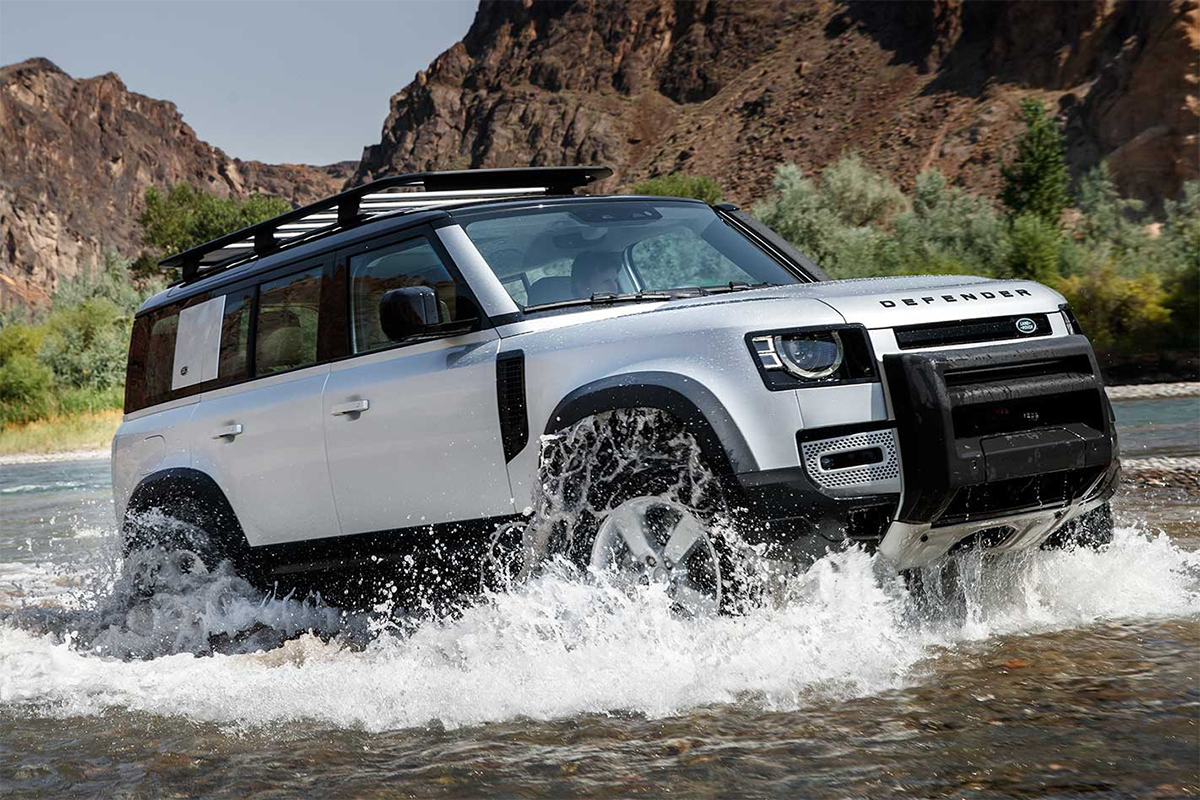 Jaguar Land Rover's most important model for decades, the 2020 Land Rover Defender, has four distinct Accessory Packs available to add that "special something" if you want to fork out extra cash

Luxury is, of course, in the eye of the beholder.

When you spend a lot of money on a luxury car, you hate it when you pull up alongside another model looking slightly newer than yours, or has a paid-for ‘edge in distinction’.

The all-new 2020 Land Rover Defender has received stunning reviews and it’s all vital for the future of Land Rover. The Telegraph gave it five stars on and off the road. “I’ll be honest: I was really skeptical about the 2020 Defender’s abilities going into this drive. ‘Unibody construction’ and ‘independent suspension’ are cringe-worthy phrases to an off-roader like me. But it turns out that kind of thinking can really limit your view of modern SUVs. All said and done, I’m walking away from this experience a believer.”

Jaguar Land Rover‘s most important model for decades has four distinct Accessory Packs available to add that “special something”. Luxury is perhaps not a word often associated with Land Rover, but the brand-new Defender is for today’s world.

The reborn Land Rover Defender has more than 170 individual accessories across its Accessory Packs which are guaranteed to turn heads.

Urban Pack: To stand out in the concrete jungle, the Urban Pack adds a Bright Rear Scuff Plate, Spare Wheel Cover and Front Undershield, while Bright Metal Pedals add to the rugged interior. Customers can then opt for a range of alloy wheel upgrades including a distinctive 22-inch five-spoke design. All for £1,371.

Country Pack: A full-height partition for the dog; a portable rinse system allowing the muddy hound to be washed down. For older dogs, Land Rover offers a pet access ramp, a luxury quilted loadspace liner and a spill resistant water bowl. It’s an additional £1,565.

Explorer Pack: The Expedition Roof Rack makes a statement, a raised air intake, which allows the Defender to wade across flood-ravaged land. An independent, side-mounted, rear storage box is perfect for smelly and wet clothing. This costs £3,418.

Adventure Pack: A Portable Rinse System with a 1.7 gallon pressurised water reservoir, trunk-mounted Integrated Air Compressor and Exterior Side-mounted Gear Carrier equip the Defender for time spent outdoors. Protection is enhanced by Front and Rear Mud Flaps, a Spare Wheel Cover and a Bright Rear Scuff Plate to guard the rear bumper against scrapes and scratches when loading and unloading, while a practical 6.3 gallon Seat Backpack, which you can take with you when you leave the vehicle, completes the interior.

Jaguar Land Rover is far from the only luxury vehicle manufacturer to market “personification” to buyers. The Falconry Milliner edition of the Bentley Bentayga luxury SUV takes personification to extremes. Believed to be aimed at Middle Eastern buyers, who regard falconry as the sport of kings, the Falconry edition costs an extra £75,000 to the around £150,000 standard price of a Bentley Bentayga. It features two handcrafted boot compartments including a flight station, artificial turf and a case for refreshments. The falcon bird sits on a perch between the front seats. 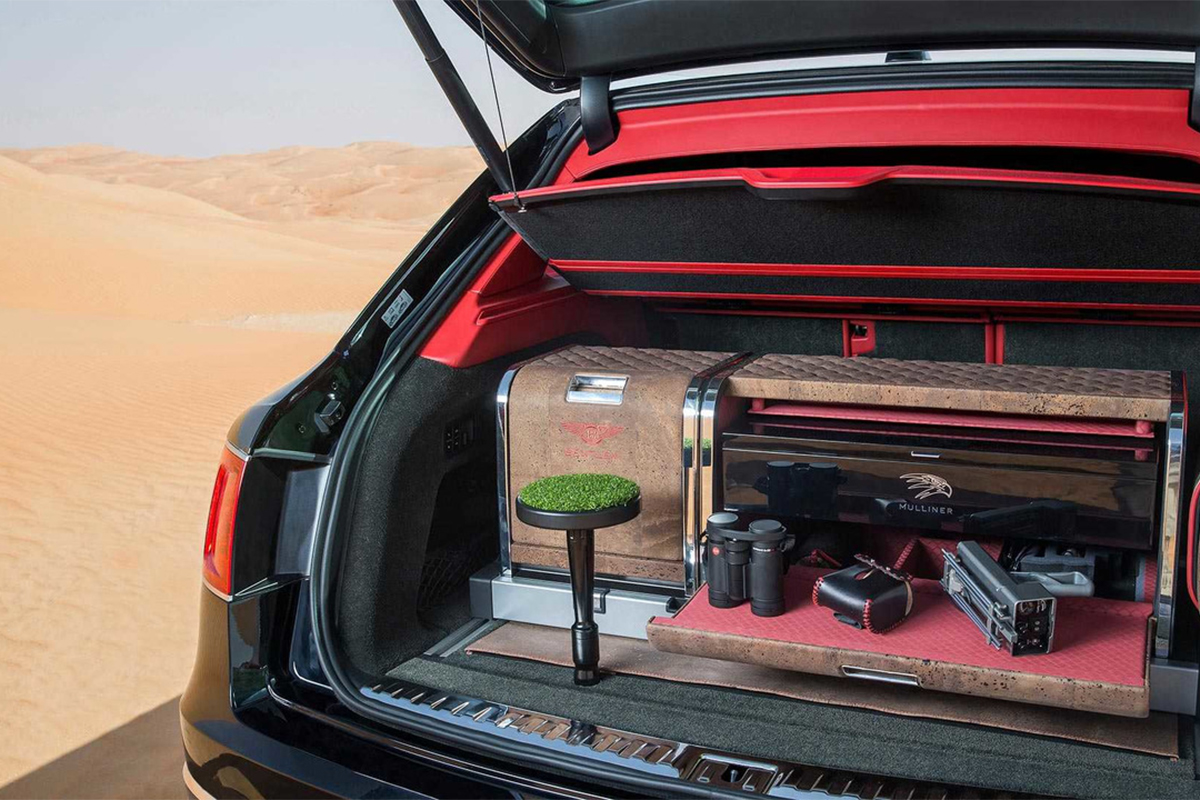 Rolls-Royce offers a gold-plated Spirit of Ecstasy bonnet mascot for £7,500. A A$150,000 starlight headliner inside the Phantom model allows the roof to turn into a sparkling moonlit sky. 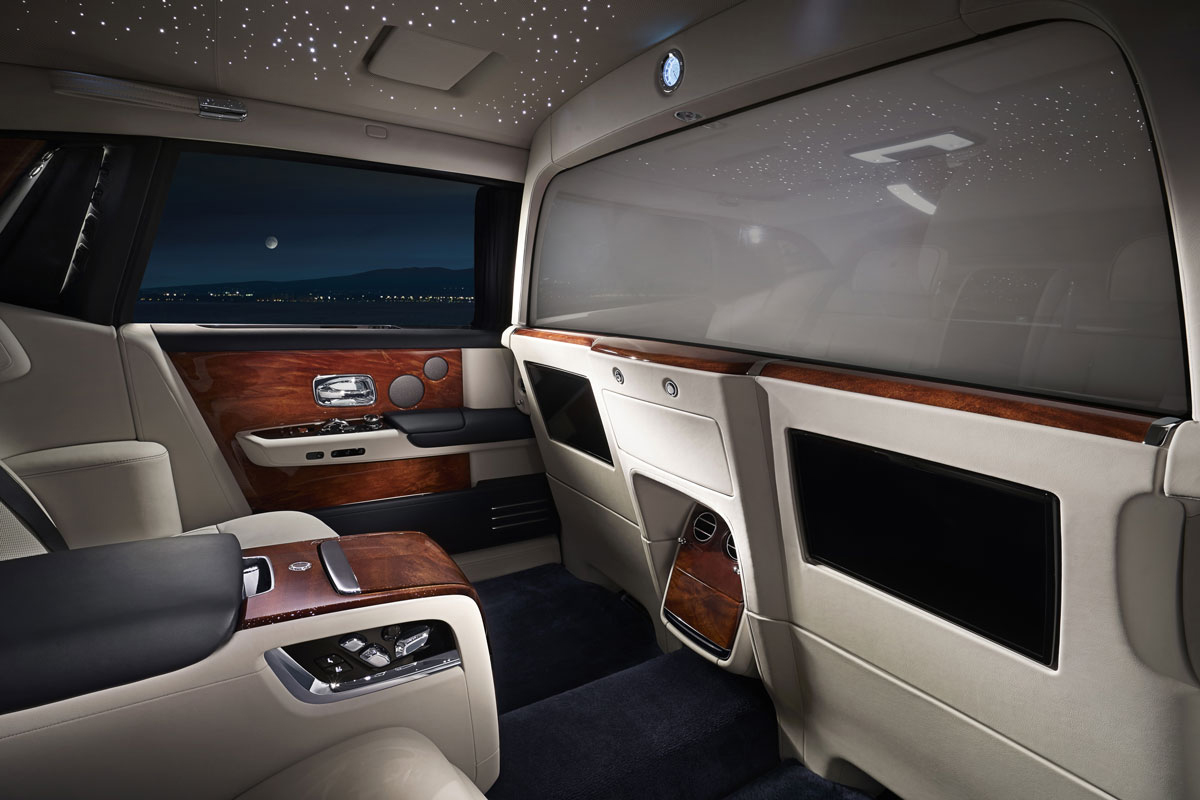 BMW’s Louis Vuitton luggage set is a bespoke set of bags and carriers perfectly trimmed to fit the boot of the BMW i8 electric sports car for £16,500.

The £25,000 Aston Martin Jaeger-Le Coultre Transponder watch allows owners to unlock their car without the need for a key.