Jeff Bezos, Amazon and Blue Origin CEO and owner of The Washington Post, reportedly had his phone hacked in 2018 after he received a WhatsApp message from the personal account of the Crown Prince of Saudi Arabia, Mohammed bin Salman.

A report on the hack, viewed by the Financial Times, states Bezos’ phone started surreptitiously sharing vast amounts of data immediately after receiving an apparently innocuous but encrypted video file from Prince Mohammed’s WhatsApp account on 1 May 2018.

The encrypted file was sent via WhatsApp weeks after the pair exchanged numbers at a dinner in Los Angeles during a trip to the US by Prince Mohammed, where he met top US executives and sought to attract investment to the kingdom.

The Guardian reported that Bezos and Prince Mohammed had been having a seemingly friendly WhatsApp exchange when the unsolicited file was sent.

The relationship between Bezos and Prince Mohammed soured after the murder of Jamal Khashoggi, a veteran journalist from Saudi Arabia who wrote a column in the Bezos-owned Washington Post to criticise Prince Mohammed’s autocratic leadership. The Washington Post reported how a Saudi Arabian hit squad had killed Khashoggi in the kingdom’s consulate in Istanbul in October 2018 and dismembered his body. 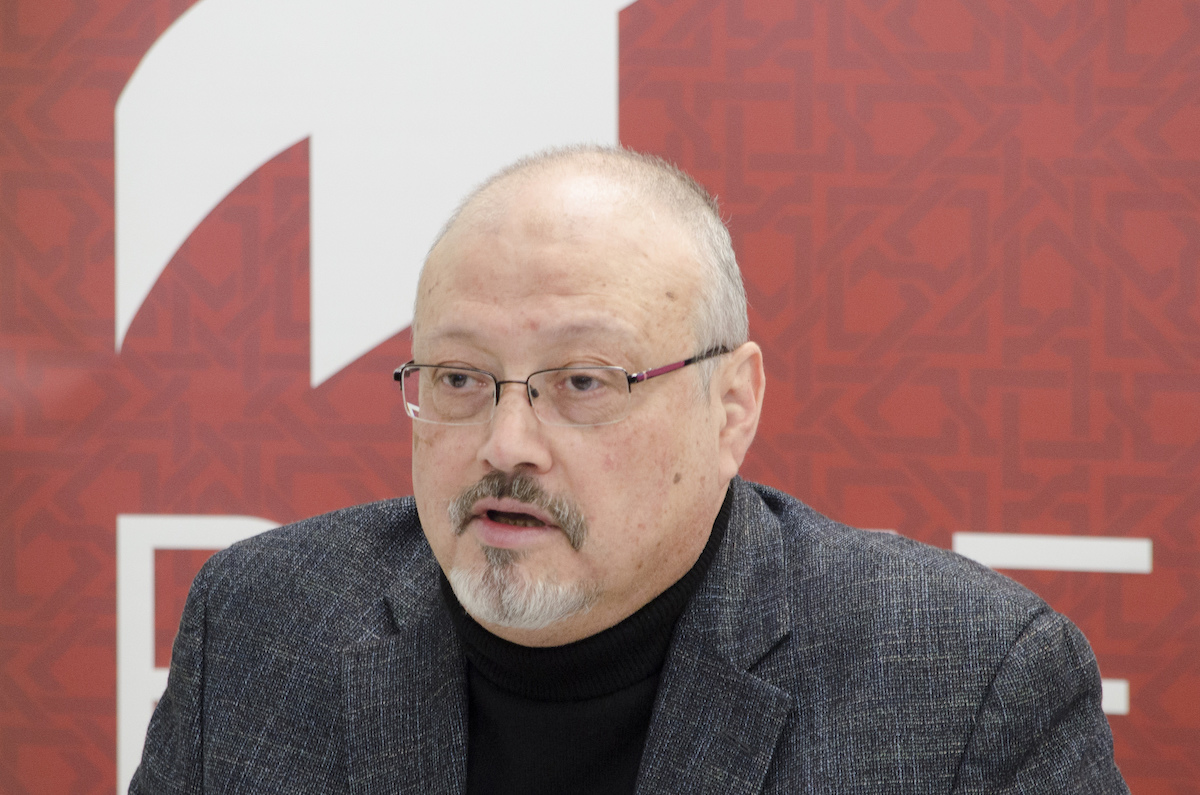 A Saudi Twitter campaign targeted both Jeff Bezos personally and the media company.

Bezos’s associates last year said they had high confidence that Saudi Arabia had access to his phone and had gained private information after details of an extramarital affair that was reported in the US publication, the National Enquirer.

The new forensic analysis, which began after the publication of the intimate details of his affair, is the first to directly implicate a WhatsApp account used by Prince Mohammed.

The story, which included his involvement in an extramarital relationship, set off a race by his security team to uncover how the CEO’s private texts were obtained by the supermarket tabloid, which was owned by American Media Inc (AMI).

Bezos’ spokesman said Bezos was “co-operating with the authorities” but declined to comment further.

“Saudi Arabia does not conduct illicit activities of this nature, nor does it condone them,” a Saudi official told the Financial Times.

“We request the presentation of any supposed evidence and the disclosure of any company that examined any forensic evidence so that we can show it is demonstrably false.”