Home delivery has thrived with up to one in five people under a coronavirus pandemic lockdown across the globe and Amazon under the leadership of Jeff Bezos cleary being a major benefactor.

CEO and founder of Amazon, Jeff Bezos’ wealth has grown by US$24 billion since most of the world started shutting down its populations. This means Jeff Bezos has a net worth to US$143.1 billion as his company’s shares climbed, nearly US$40 billion higher than the second-place Bill Gates, and almost twice that of Berkshire Hathaway CEO Warren Buffett.

The coronavirus pandemic makes reliable home delivery key, which is Amazon’s core business. From 13 to 17 April, Amazon’s shares rose 16.4%, with their largest closing price since going public on 16 April. Analysts forecast a dramatic 22% increase in revenue for the first quarter, ahead of results being released on 30 April.

Bank of America analysts estimate revenue at US$73 billion, translating to US$10,000 a second, reported The Guardian.

Th Seattle-based Amazon is currently worth US$1.18 trillion, the third-largest company after technology companies Microsoft and Apple. Amazon hired 100,000 workers last month to assist with online deliveries across the US and announced on 13 April it needed another 75,000 full and part-time workers for warehouse, shopping and delivery.

“We know many people have been economically impacted as jobs in areas like hospitality, restaurants, and travel are lost or furloughed as part of this crisis, and we welcome anyone out of work to join us at Amazon until their past employer can bring them back,” Amazon said on its blog.

“We also continue to invest in pay increases and previously expected to spend US$350 million to increase wages during this unprecedented time—we now expect that to be over $500 million.” 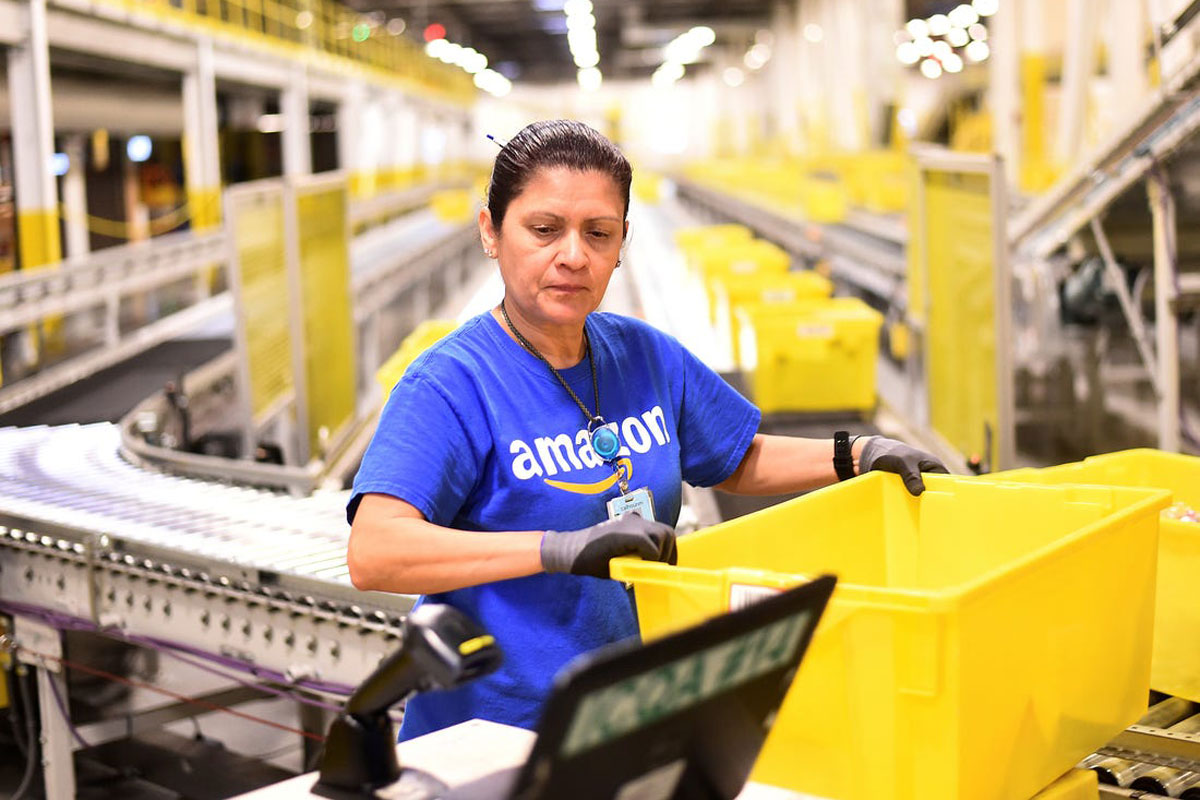 Amazon has increased pay for hourly employees by US$2 per hour in the US, C$2 per hour in Canada, and €2 per hour in many EU countries. The online company also doubled the regular hourly base pay for every overtime hour worked and offered extra time off with full pay for those diagnosed with COVID-19.

It is not all plain sailing for Amazon though. Its six warehouses in France remain closed until at least 22 April after a dispute with unions over sanitary conditions in the coronavirus outbreak. Amazon has been under scrutiny over its working practices on both sides of the Atlantic since the start of the pandemic, with workers raising concerns over the risks of contagion while fielding shipments.