Jacinda Ardern, the Prime Minister of New Zealand, has agreed to cut their pay by 20% due to the economic crisis caused by the coronavirus pandemic that has spread to 184 countries.

Jacinda Ardern also received praise for her handling of trying to contain the spread of the coronavirus by the respected US magazine The Atlantic in an article with the headline: “New Zealand’s Prime Minister may be the most effective leader on the planet”.

This is in contrast to the US President Donald Trump who tries to shift blame and attacks journalists who question him. Meanwhile, India’s Prime Minister Narendra Modi is never questioned – he never holds regular briefings. UK Prime Minister Boris Johnson, before being struck down by the coronavirus himself, portrayed himself as a leader in a time of war, inevitably drawing comparisons with the legendary World War II Prime Minister Winston Churchill.

As of Monday New Zealand had just 14 people infected with coronavirus in hospitals around the country with three people in intensive care, two of whom were critical. Twelve people have died from the disease in New Zealand. Jacinda Ardern announced on Monday afternoon (local time) New Zealand will move out of the level four COVID-19 Alert System at 11.59pm on Monday 27 April.

“We will then hold at alert level three, for two weeks, before reviewing how we are tracking again,” she said. 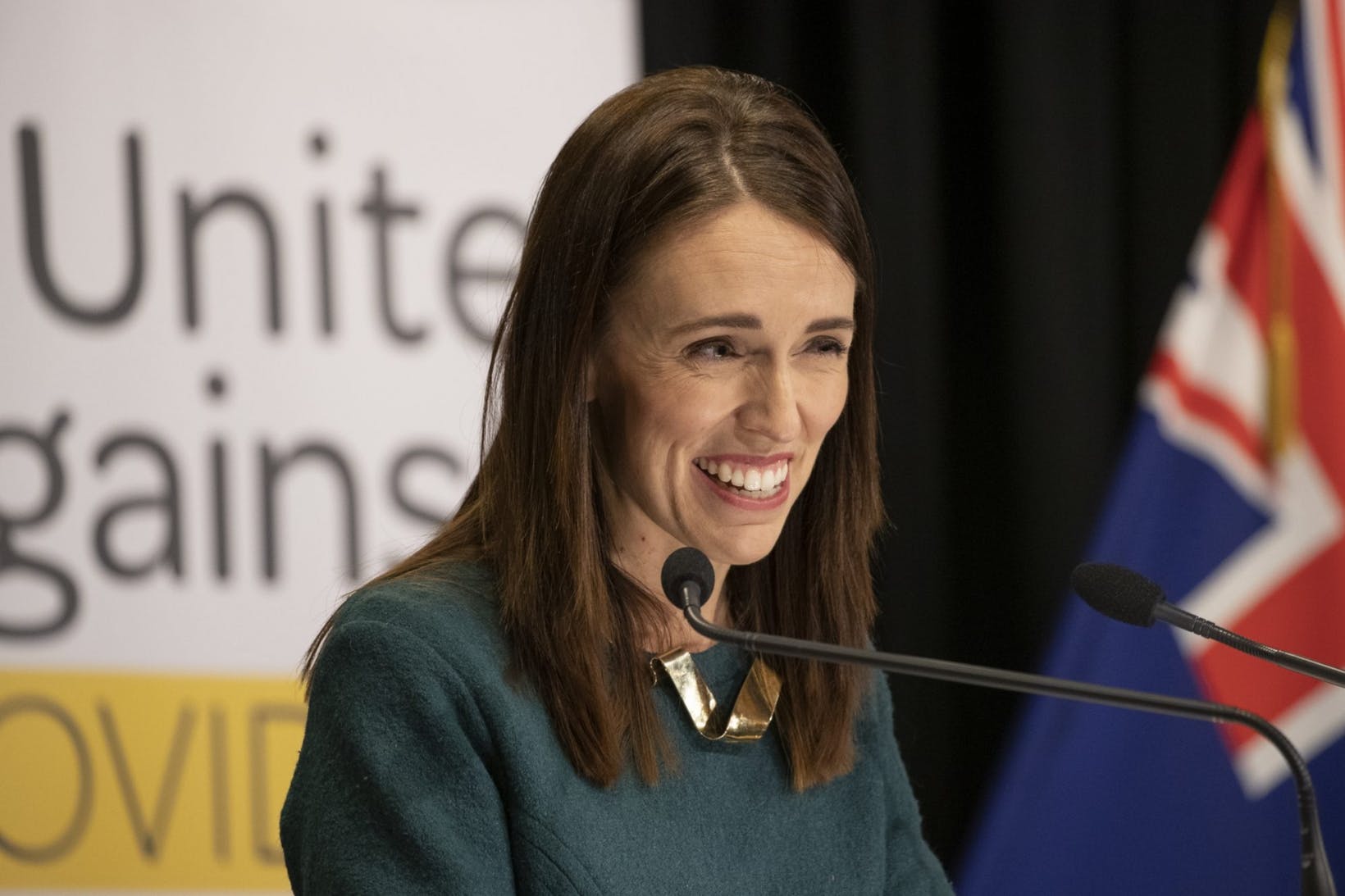 This comes after Jacinda Ardern said she and her cabinet will take a pay cut for the next six months because of the coronavirus pandemic.

“We acknowledge New Zealanders who are reliant on wage subsidies, taking pay cuts, and losing their jobs as a result of the Covid-19 global pandemic,” Ardern said in a news conference. “Today, I can confirm that myself and government ministers and public service chief executives will take a 20% pay cut for the next six months.”

Jacinda Ardern said the pay cuts were intended to show the leadership that her cabinet has taken.

The Atlantic highlighted Jacinda Ardern’s empathetic response to the coronavirus pandemic as a key driver of her popularity and our successful efforts towards eliminating the virus. Her messages are clear, consistent, and somehow simultaneously sobering and soothing. And her approach isn’t just resonating with her people on an emotional level. It is also working remarkably well, the magazine wrote.

“They may even think, ‘well, I don’t quite understand why (the government) did that, but I know she’s got our back’. There’s a high level of trust and confidence in her because of that empathy.”

Jacinda Ardern hosts Facebook Live chats that manage to be both informal and informative. During a session conducted in late March, just as New Zealand prepared to go on lockdown, Ardern appeared in a well-worn sweatshirt at her home (she had just put her toddler daughter to bed, she explained) to offer guidance “as we all prepare to hunker down”.

Jacinda Ardern, who has called a general election for 19 September, shut the country’s borders to foreign visitors on 19 March and announced a four-week lockdown on 23 March requiring all non-essential workers to stay at home except for grocery shopping or exercising nearby. She then tightened border restrictions, forcing all New Zealanders who arrived in the country to spend two weeks quarantined in an approved facility, rather than self-isolating at home.

“In the face of the greatest threat to human health we have seen in over a century, Kiwis have quietly and collectively implemented a nationwide wall of defence,” Ardern said in a speech to the nation.

“You made the decision that together, we could protect one other. And you have. You have saved lives.”

Van Jackson, an international-relations scholar at Victoria University of Wellington and a former Defence Department official during the Barack Obama administration, told The Atlantic: “She doesn’t peddle in misinformation; she doesn’t blame-shift; she tries to manage everyone’s expectations at the same time (as) she offers reassuring notes.

“She uses the bully pulpit to cue society toward our better angels — ‘Be kind to each other’ and that kind of thing. I think that’s more important than people realise and does trickle down into local attitudes.”

Jacinda Ardern is perhaps most like Germany’s Chancellor Angela Merkel, who in her first TV address on the coronavirus, acknowledged that she was a woman who grew up in communist East Germany and knows how difficult it was to give up freedoms, yet as a trained scientist emphasised that the facts don’t lie. 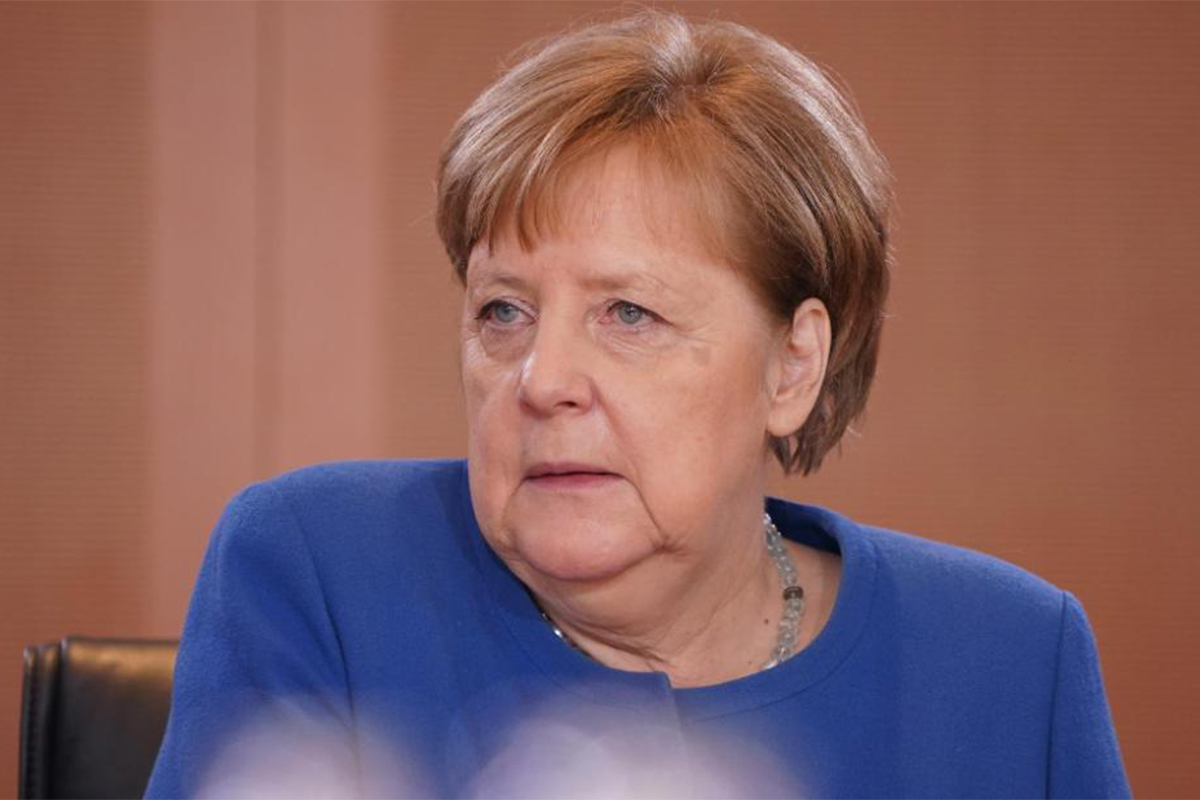 Then, wearing the same blue pantsuit from the televised address, the 65-year-old Merkel went into her local supermarket to pick up food, wine, and toilet paper to take back to her apartment in Berlin. A regular shopping trip for Merkel, but it was seen as a reassuring sign of calm leadership amid a crisis.