Kit Kat doesn’t get a break, fails in bid for trademark protection

The EU's highest court has ruled the popular chocolate does not have a shape distinctive enough to warrant trademark protection, ending a legal battle that has stretched over 16 years.

By Kit Kat doesn't get a break, fails in bid for trademark protection

The European Court of Justice (ECJ) handed down its decision on 25 July.

While the court did not accept all the arguments advanced by Nestle’s rival Mondelez, it ultimately held that the chocolate wafer bar did not have sufficient distinctiveness across the EU. Mondelez produces a very similar chocolate wafer called Kvikk Lunsj (‘Quick Lunch’) in Norway. 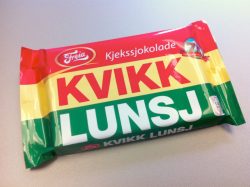 The most recent decision is merely the latest chapter of a legal action that Nestle, the global owner of Kit Kat, commenced in 2002. It was seeking to have a three-dimensional sign comprising the chocolate’s four-fingered shape registered as a trademark.

Can you own a shape? Kit Kat loses its 16-year battle to trademark a four-fingered wafer bar at top EU court https://t.co/CI8XIU4wxz

The long-running legal battle over the Kit Kat trademark

Nestle succeeded in registering the trademark at the European Union Intellectual Property Office (EUIPO) in 2006.

Trademarks apply to classes of goods and services. In this instance, Nestle succeeded in registering the trademark in ‘Sweets; bakery products; pastries; biscuits; cakes; waffles’.

The following year, Nestle competitor Cadbury Schweppes filed an application with the EUIPO to have the trademark declared invalid. By 2012, the EUIPO had rejected the application and ruled that Nestle’s mark had acquired the requisite distinctive character to qualify for a trademark registration through its extensive use across the EU. Mondelez Holdings, which had become the parent company of Cadbury Schweppes, appealed the decision.

The EU General Court overturned EUIPO’s decision to reject the application for the trademark, ruling that the chocolate had not acquired the requisite distinctive character across the entire EU.

The latter point was again considered in the case which concluded this week. At issue was whether the EU should be considered a series of discrete markets or a single market for the purposes of ruling on whether a mark has distinctive character in the EU’s jurisdiction. The ECJ ruled that it is not necessary for a party to tender evidence showing distinctiveness has been achieved in each individual member state, a party must show the desired mark is distinctive across the member states in totality.

The sweet taste of trademark protection

There is tremendous commercial value in obtaining trademark protection for distinctively shaped products hence Nestle spending years and untold riches on this case.

Nestle is not the only company to attempt to register a trademark for distinctively shaped confectionery, however. Hershey’s have successfully gained trademark registration for the shape of its Kisses chocolates.

Back in 2012, Lindt & Sprüngli failed in an attempt to show its gold foil-wrapped chocolate bunnies had the requisite distinctiveness for trademark protection.

Mondelez also forced Poundland to change the shape of its ‘Twin Peaks’ bar after Mondelez complained it was too similar to the design of Mondelez product Toblerone, which it has regsitered as a trademark.

Nestle has actually been successful in registering a trademark the shape of the Kit Kat in some jurisdictions including Canada and Australia, but a UK court ruled against it on the same issue. The two parties have been involved in lengthy litigation in that jurisdiction.

Cadbury and Nestle were involved in another novel Intellectual Property law matter when the latter successfully had Cadbury’s attempt to trademark a specific shade of purple associated with its Dairy Milk chocolate blocked.