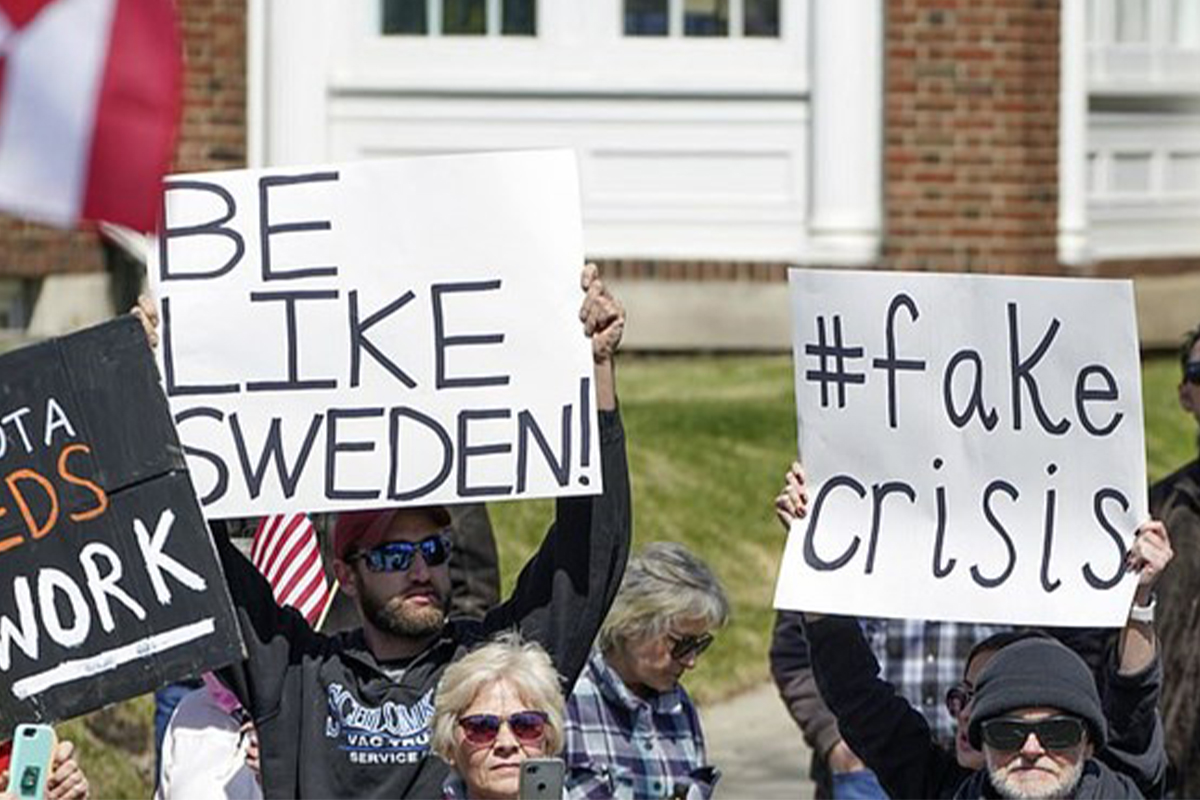 "I think if we are to reach a new normal, in many ways Sweden represents a future model," said Dr Mike Ryan, World Health Organization's Chief of Emergencies

Sweden, which has been roundly lambasted for taking a far more relaxed approach to tackling the coronavirus outbreak than most countries around the world, looks to have had the last laugh on its critics.

For the first quarter of the year, Sweden’s economy fell by just 0.3%. Restaurants, bars, salons, gyms, shops and businesses have remained open throughout the country, with local football teams training in parks.

High schools and universities have closed, but preschools and elementary schools have stayed open. Instead of quarantines, the government has issued social distancing guidelines, including limiting large gatherings to 50 and encouraging people to stay home if they can. 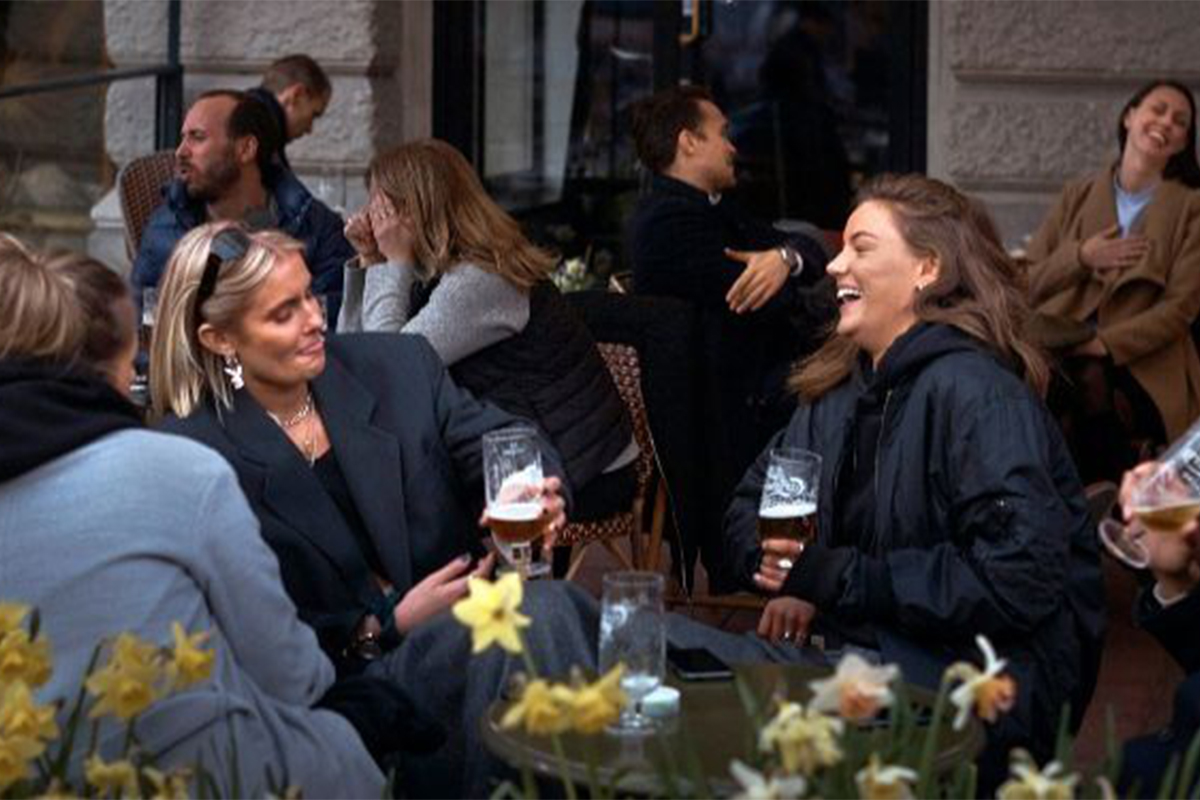 Sweden has not issued a COVID-19 lockdown to any part of the country which has a population of 10.23 million people.

Compare Sweden’s 0.3% drop in economic activity to the record falls across Europe. France’s economy slumped 5.8%, Italy’s 4.7% and Spain’s 5.2%. The European Union’s economic output overall sank by 3.8% – the worst decline in its history.

“It was a strong start to the year and Sweden closed down relatively late and a little less strictly than in other countries and this contributed to a fairly marginal fall,” Olle Holmgren, economist at SEB, told Reuters.

“Going forward it looks pretty bleak, which you can see in the production and order figures which were a little worse than expected.”

Production figures in Sweden for March showed a rapid decrease across all industries, while activity in the manufacturing sector tumbled in April, hitting its lowest level since the global financial crisis of 2007-2008. Sweden is hit by the complete lockdowns shutting down international supply chains, cutting demand and forcing companies to lay off tens of thousands of workers.

European Central Bank President Christine Lagarde said that a sharp downturn in eurozone economic activity in April “suggests that the impact (of the coronavirus pandemic) is likely to be even more severe in the second quarter”.

She warned that eurozone economic growth could fall between 5% and 12% this year, “depending crucially on the duration of the containment measures and the success of policies to mitigate the economic consequences for businesses and workers”.

The US Gross Domestic Product (GDP) fell 4.8%, its worst fall in more than a decade, in the first three months of the year. However, this “annualised” rate implies that the US economy actually contracted by about 1.2% in the three-month period, a less severe contraction than in Europe. China’s first-quarter GDP shrank 6.8%, its first quarterly decline since 1992, when official quarterly GDP reports began.

Most countries in the world initially followed the advice set by the World Health Organization (WHO) and governments acted on the guidance of their health chiefs. Sweden was the only country in Europe to ignore the closing of society and asking of people to remain in their own homes.

“I think there’s a perception out there that Sweden has not put in place control measures and has just allowed the disease to spread. Nothing could be further from the truth. Sweden has put in place a very strong public health policy around physical distancing, around caring and protecting for people in long-term facilities and many other things,” said Dr Mike Ryan, WHO’s Chief of Emergencies at a press conference on 29 April.

“What it has done differently is that it’s very much relied on its relationship with its citizenry and the ability and willingness of citizens to implement physical distancing and to self-regulate, if we want to use that word. In that sense they’ve implemented public policy through that partnership with the population. They’ve been doing the testing, they’ve ramped up their capacity to do intensive care quite significantly and their health system has always remained within its capacity to respond to the number of cases that they’ve been experiencing.”

“I think if we are to reach a new normal in many ways Sweden represents a future model of, if we wish to get back to a society in which we don’t have lockdowns then society may need to adapt for a medium or potentially a longer period of time in which our physical and social relationships with each other will have to be modulated by the presence of the virus. We will have to be aware the virus is present and we will have to, as individuals and families and communities, do everything possible on a day-to-day basis to reduce the transmission of that virus.

“That may mean adjusting the way we live our lives and I think maybe in Sweden they’re looking at how that is done in real time. So I think there may be lessons to be learned from our colleagues in Sweden but again I wanted just to emphasise, Sweden has not avoided controlling COVID-19. It’s taken a very strong strategic approach to controlling COVID-19 across all of the elements of society.

“What it has done differently is that it really, really has trusted its own communities to implement that physical distancing and that is something that remains to be seen, whether that will be fully successful or not.” 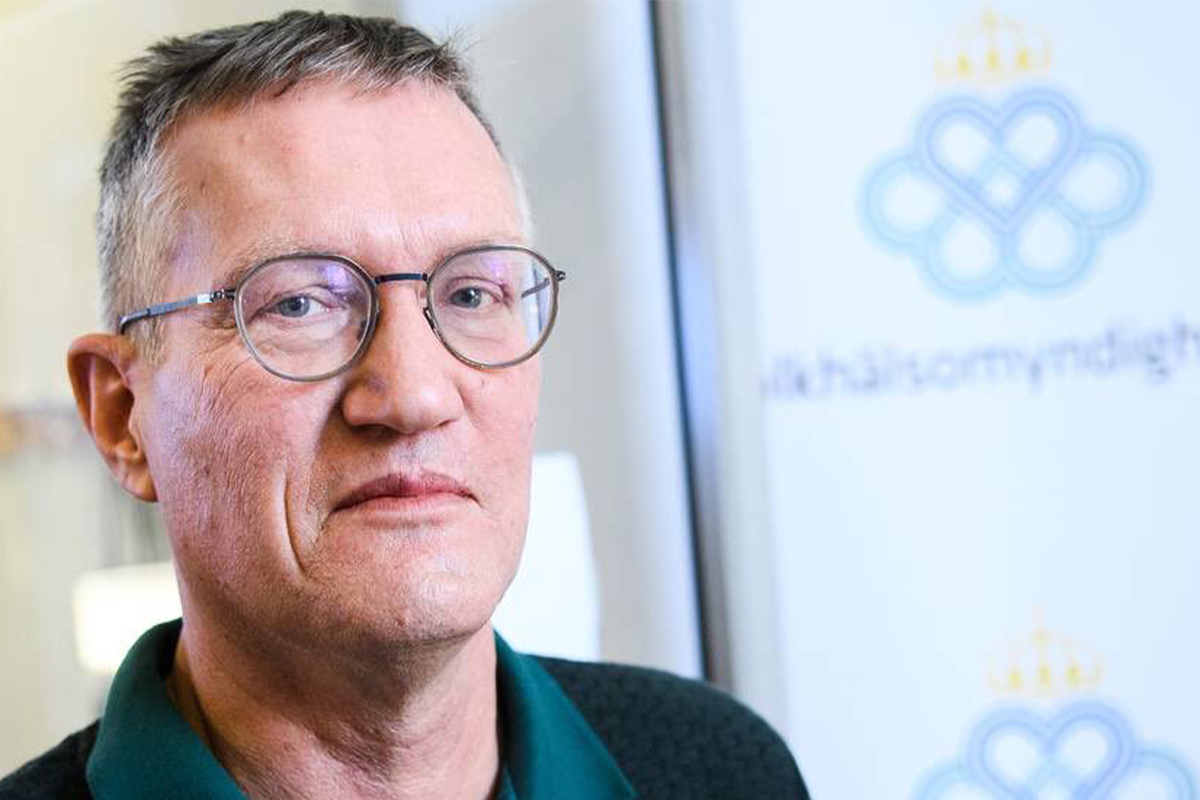 Sweden’s government wants the country to gradually build “herd immunity” – where many people contract the virus and in time build up an immune response to it (natural immunity). Officials have said that Stockholm is approaching the numbers needed for herd immunity.

“You give (people) the option to do what is best in their lives,” state epidemiologist Anders Tegnell said last month. “That works very well, according to our experience.”

“Our analysis suggests that lower infection rate is likely to reflect in part less testing, while demographic and healthcare factors may help explain the fatality rate,” Stehn told The Telegraph.

“In our view, the Swedish experience therefore can not be extrapolated to support a swift reopening elsewhere.”

Dr Anders Tegnell, Sweden’s state epidemiologist, told The Daily Show with Trevor Noah, on Wednesday (US time), that the high death toll was a “surprise to us”.

“We never really calculated with a high death toll initially, I must say,” Dr Tegnell said.

“We calculated on more people being sick, but the death toll really came as a surprise to us.”

Vietnam with 95 million people has no COVID-19 deaths

What Governments are spending in coronavirus pandemic