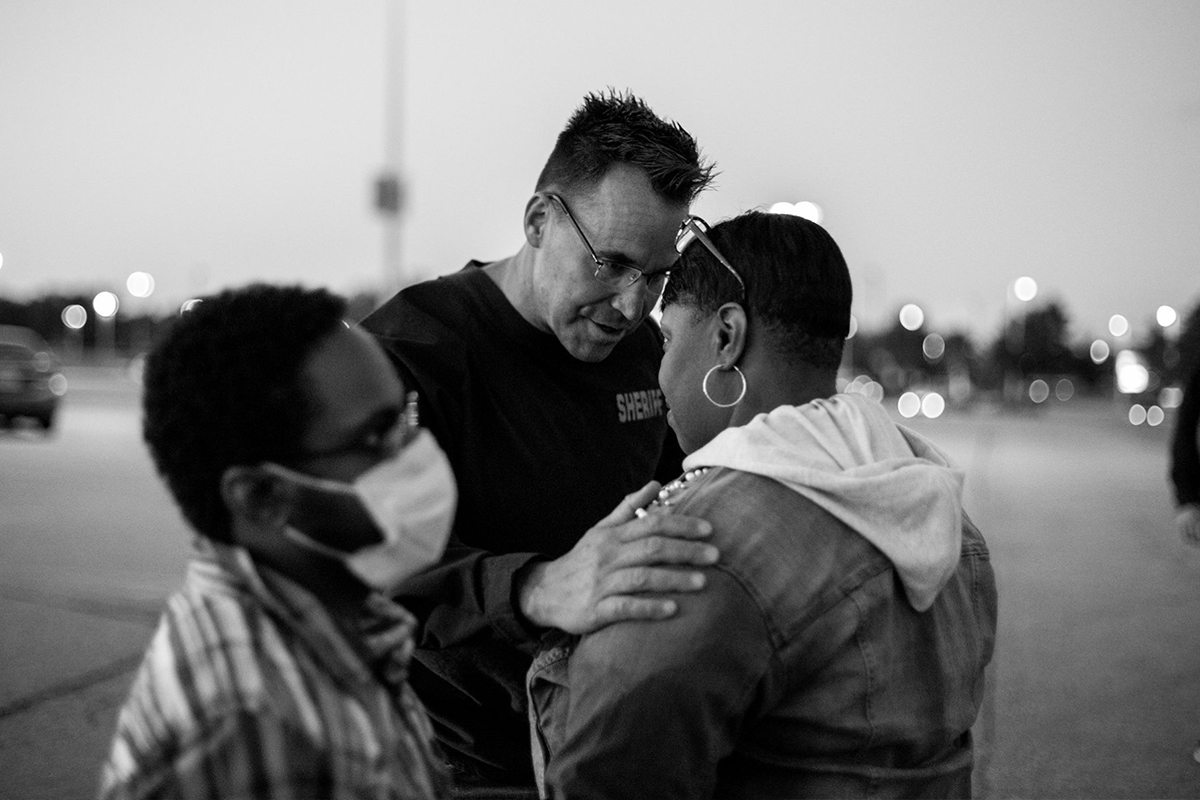 Genesee County Sheriff Chris Swanson took his helmet off and put his baton on the ground as a sign of peace. "We want to be with y'all for real so I took the helmet off and laid the batons down," Swanson told the protesters

As protests and riots over the killing of George Floyd spread throughout the US, UK and Germany, an American township witnessed something rarely seen.

After more than two hours of marching in the Charter Township of Flint, commonly known as Flint Township, in Genesee County, Michigan, the protesters disgusted at the killing of George Floyd headed to the Flint Township Police Department, where a line of Flint Township police officers and Genesee County Sheriff’s deputies were wearing riot gear and holding batons.

Protesters initially sat down to show their peace, and after conversations between police and protesters, high-fives, hugs and fist bumps were exchanged, MLive reported. 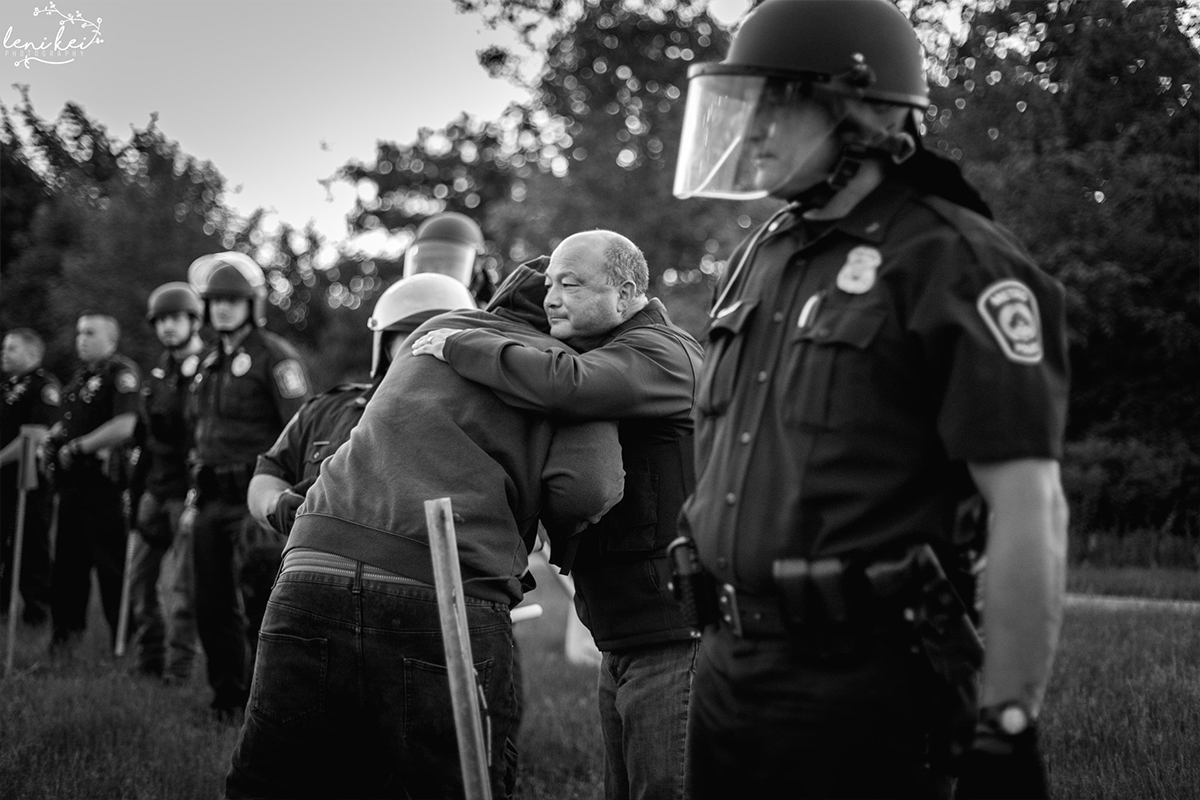 Genesee County Sheriff Chris Swanson took his helmet off and put his baton on the ground as a sign of peace.

“We want to be with y’all for real so I took the helmet off and laid the batons down,” said Swanson.

He asked the protesters what they wanted to do, they replied “walk with us” and Swanson and his colleagues did, with Swanson giving hugs, handshakes, and pats on the back to protesters.

Genesee County Sheriff (Flint, Michigan) Chris Swanson put down his helmet and baton and asked protesters how he could help.

The protesters chanted "walk with us" so the Sheriff joined — and walked alongside the protesters in solidarity.

Swanson has been in the police force for more than two decades. He was in the executive protection of former presidents George W. Bush and Barack Obama and former vice president Joe Biden.

After putting his helmet down and marching in solidarity with protestors in Michigan, Sheriff Chris Swanson stood in front of protestors at the end of the night and gave this speech.

A powerful lesson in Empathy👇🏽 pic.twitter.com/H0mraeNmWH

Other videos and pictures have shown police chiefs in cities such as Houston, Miami, and Santa Cruz kneeling and walking with protesters.

George Floyd, a 46-year-old, died after being handcuffed by Minneapolis police investigating an alleged forgery on the evening of Monday, 25 May. Video shared widely on social media shows white Minneapolis Police Officer Derek Chauvin kneeling on Floyd’s neck for several minutes. In the footage, Floyd can be heard repeatedly saying he cannot breathe as civilians urge Chauvin to get off him and check his pulse.

Minneapolis Police Officer Derek Chauvin is in custody after being charged with George Floyd’s murder. He was sacked along with colleagues Tou Thao, who was videotaped as Chauvin continued to press on George Floyd’s neck with his knee. J Alexander Kueng and Thomas K. Lane were also two of the first officers that helped pin George Floyd down. Protesters are seeking the charging of the other officers.

The death of George Floyd follows that of Ahmaud Arbery, an unarmed, 25-year-old, who was shot to death while jogging in a neighborhood outside Brunswick, Georgia, after being pursued by two men in a pickup truck in February. It took almost two months before Georgia Bureau of Investigation announced that Gregory and Travis McMichael had been taken into custody and charged with aggravated assault and murder. On 21 May, a third person William “Roddie” Bryan was arrested and charged with murder and attempted false imprisonment. 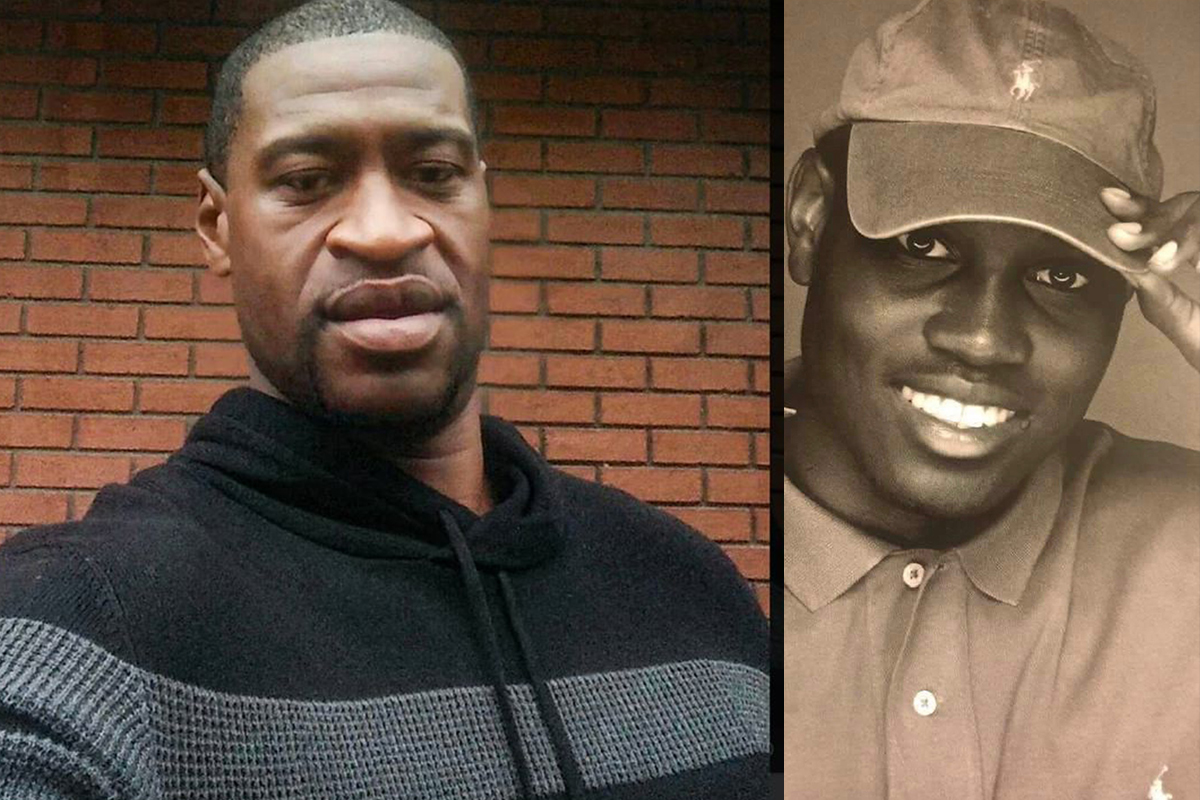 US President Donald Trump announced on Sunday that the US will designate Antifa as a “terrorist organisation” accusing the anti-fascist network of the violence seen in several cities across the country. Curfews were imposed in major cities around the US, including Atlanta, Chicago, Denver, Los Angeles, San Francisco and Seattle. About 5,000 National Guard soldiers and airmen were activated in 15 states and Washington, DC.

At the Minneapolis intersection where Floyd was killed, people gathered with brooms and flowers, saying it was important to protect what they called a “sacred space”. The intersection was blocked with the traffic cones while a ring of flowers was laid out, AP News reported.

Among those descending on Minneapolis was Michael Brown Sr, the father of Michael Brown, whose killing by a police officer in Ferguson, Missouri, set off unrest in 2014.