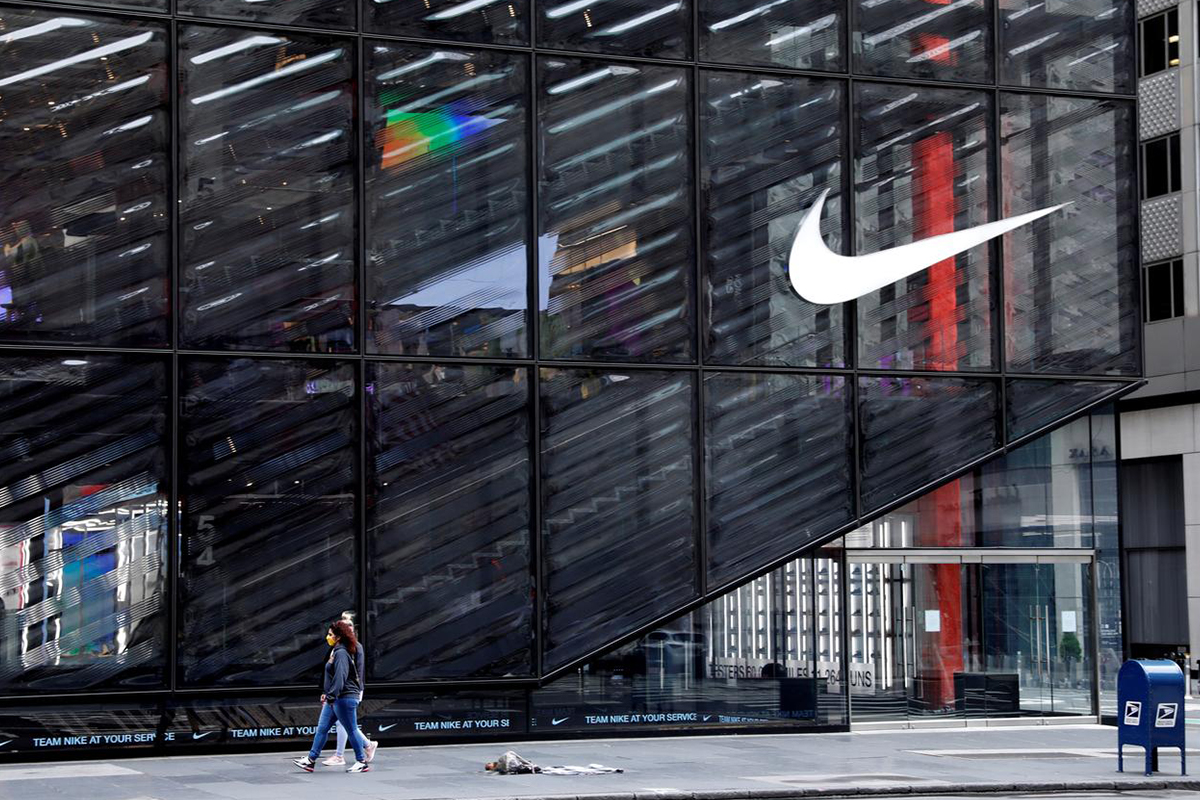 Nike's global revenues for the fiscal fourth quarter fell 38% to US$6.3 billion which saw the multinational corporation suffer a loss of US$790 million for the period, from a profit of US$989 million a year ago

Nike, the world’s largest supplier of athletic shoes and apparel, has discovered that bricks and mortar outlets are still important.

Nike, with its headquarters in Portland, Oregon, reported an unexpected quarterly net loss and a sales decline of 38% year-over-year.

During the coronavirus pandemic, the company shut about 90% of its owned and partner stores in the Americas, Europe and Asia-Pacific for roughly eight weeks. Nike’s wholesale partners were also closed down. Online revenue increased to 30% of overall revenue, but it was insufficient to compensate for the stories being shuttered.

“Product shipments to wholesale customers were down nearly 50% resulting in lower total revenue and higher inventory. During the widespread physical store closures, we accelerated our connection and engagement with our consumers leveraging the strength of our digital ecosystem,” Nike said in a media release.

“In a highly dynamic environment, the Nike Brand continues to resonate strongly with consumers all over the world as our digital business accelerates in every market,” said Nike President and CEO John Donahoe. “We are uniquely positioned to grow, and now is the time to build on Nike’s strengths and distinct capabilities. We are continuing to invest in our biggest opportunities, including a more connected digital marketplace, to extend our leadership and fuel long-term growth.”

Nike’s global revenues for the fiscal fourth quarter fell 38% to US$6.3 billion which saw the multinational corporation suffer a loss of US$790 million for the period, from a profit of US$989 million a year ago.

Donahoe, who succeeded Mark Parker on January 13, 2020, said Nike would continue to invest in its digital sales segment, which rose 75% during the three months ended May. New membership registrations among Nike apps more than doubled to 25 million during the period, half of which belonged to women, Nike said.

The company, founded on January 25, 1964, as Blue Ribbon Sports, by Bill Bowerman and Phil Knight, has put direct-to-consumer and online sales at the forefront of its retail strategy with the appointment of Donahoe.

“As physical retail re-opens, Nike’s strong digital trends continue, a testament to the strength of our brand and the investments we’ve made to elevate digital consumer experiences,” said Matt Friend, the company’s Executive Vice President and Chief Financial Officer. “Amid macroeconomic uncertainty, we will continue to operate with agility, focused on optimising marketplace supply and demand, cost management and leveraging our financial strength to drive long-term sustainable, profitable growth.”

The company stressed it remains focused on the health of employees and consumers and have taken proactive steps to help ensure a safe environment.

Donahoe said the business would take steps to improve its owned retail sales, including opening between 150 and 200 stores in the US and Europe this year. Facilities, such as its distribution warehouse in Memphis, Tennessee, have been converted from primarily wholesale to direct to consumer logistics centres.