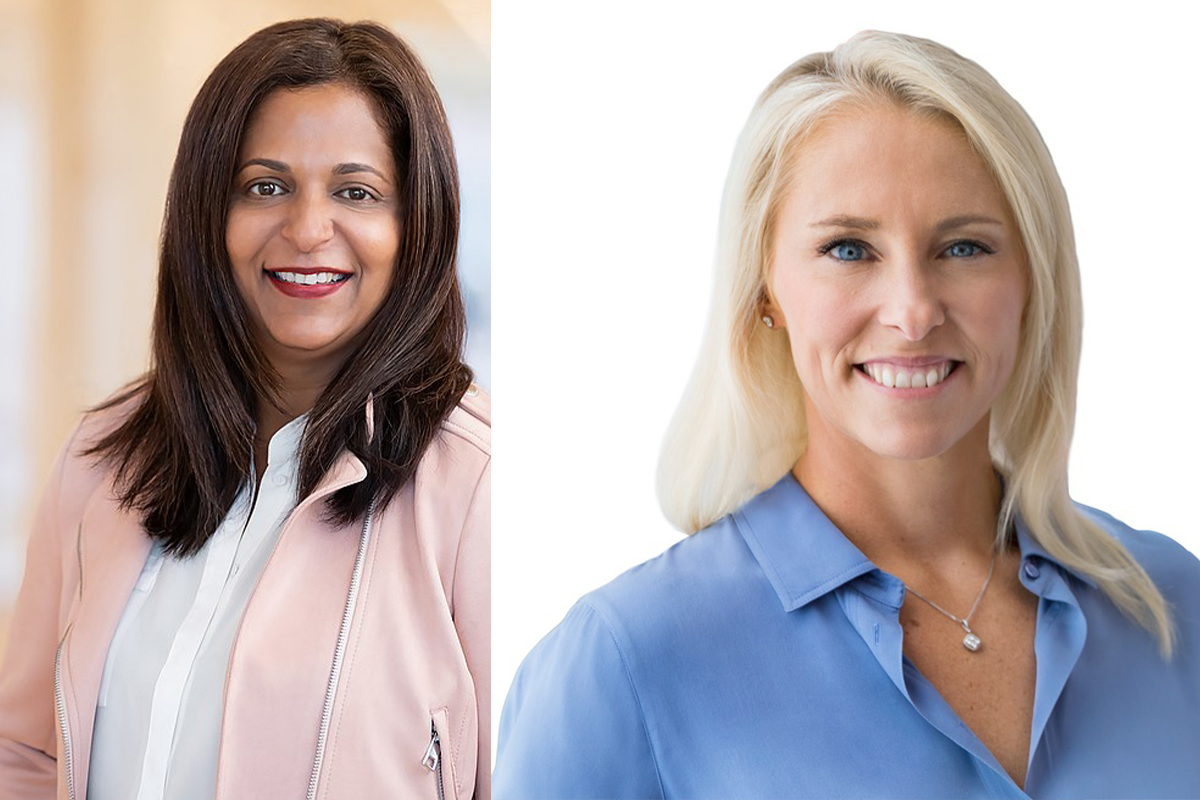 Mary Barra, CEO of the US$137 billion automotive giant General Motors, runs the largest business by a woman. She is the first female CEO of a major motor vehicle manufacturer.

There are now 38 female CEO figures in the Fortune 500, which is an increase from 33 the previous year. However it represents 7.4% of the 500 businesses on the ranking. Twenty years ago just two female CEOs were on the list of businesses with a revenue threshold of US$5.7 billion.

New to the female CEO list is Heyward Donigan, who has 30 years of experience in all aspects of the healthcare industry. She was appointed CEO of leading US drug store chain Rite Aid in August 2019. 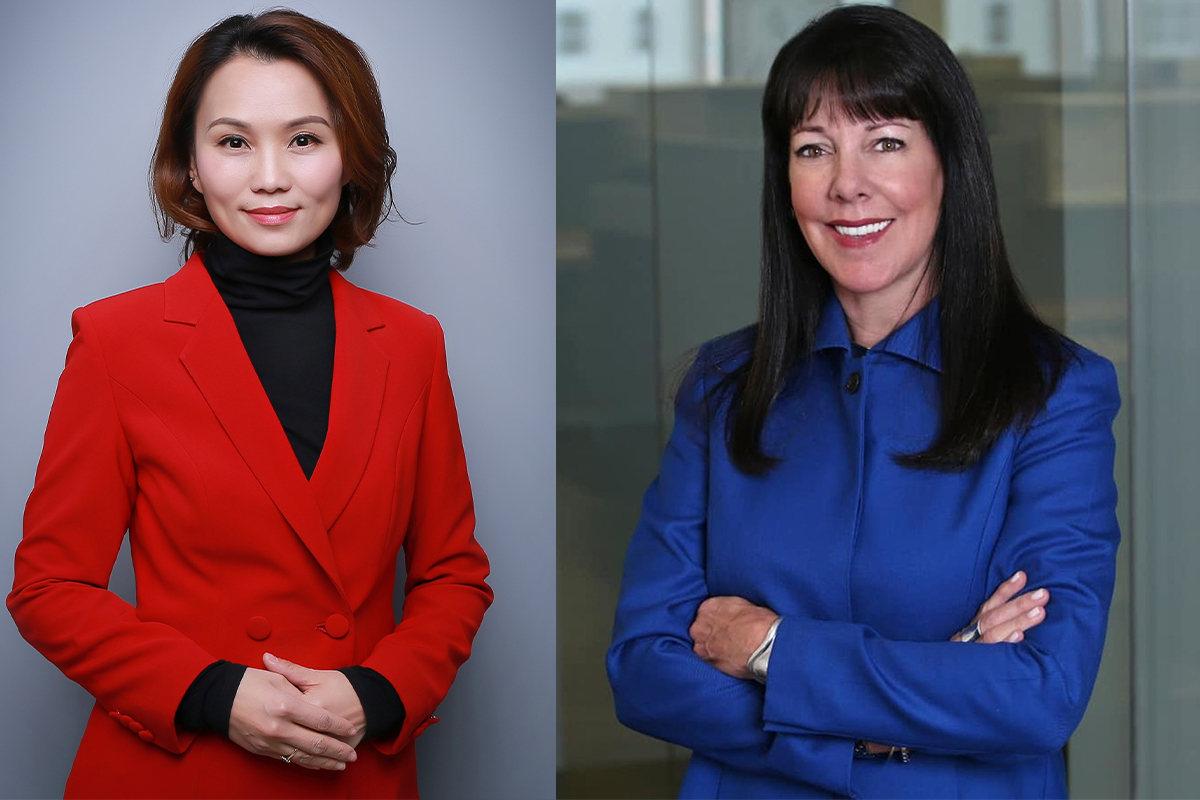 Sonia Syngal was appointed CEO of global retailer Gap Inc in March. Syngal had been CEO of the company’s Old Navy brand, and increased sales from US$7 billion to US$8 billion in three years, expanding its North American presence to more than 1,200 stores in the US, Canada and Mexico, scaling its ecommerce site to the #4 largest apparel site in the US and building competitive omni-channel capabilities.

Gap Inc also appointed two new female directors to the board, effective 1 April: Elizabeth Smith, the former CEO of Bloomin’ Brands, and Amy Miles, who served as CEO of the Regal Entertainment Group from 2009 to 2018 when the company was acquired by Cineworld. 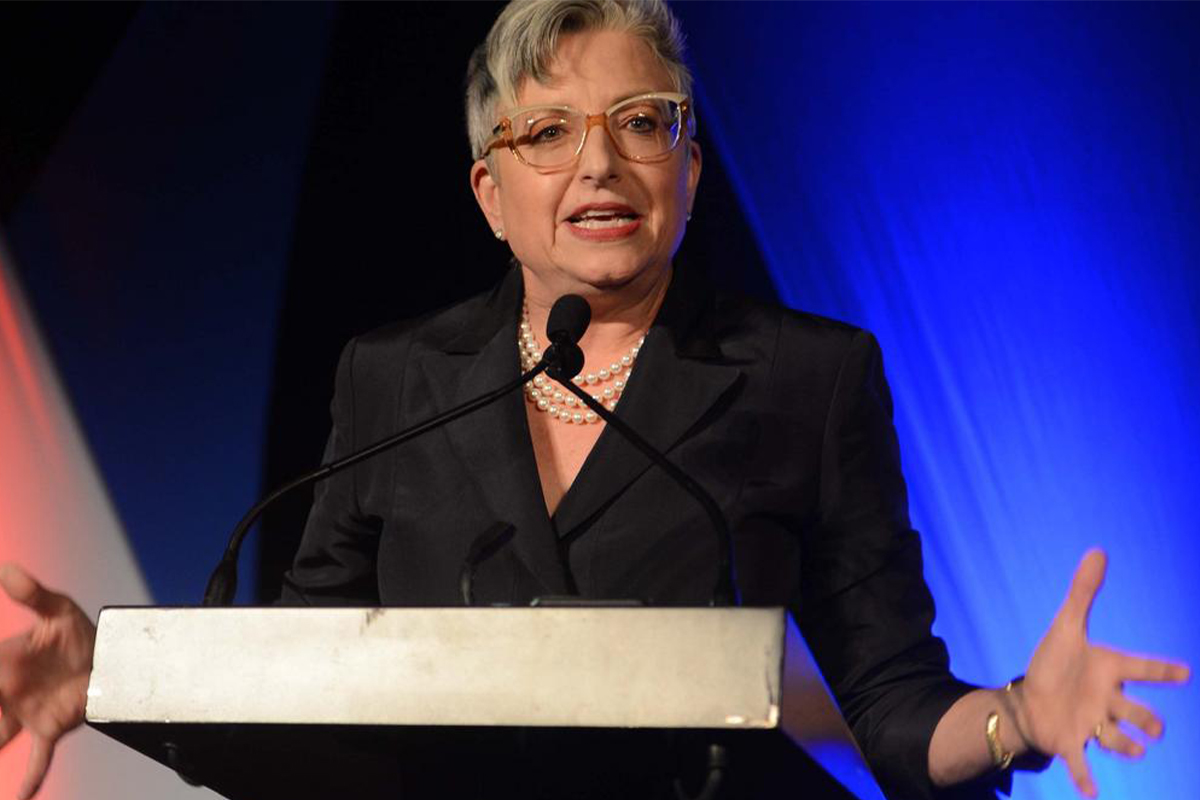 The third newcomer to the female CEO rank is Carol Tomé, the former Executive Vice President and Chief Financial Officer of The Home Depot, the largest home improvement retailer in the US. She will begin her role as CEO of global logistics business UPS on June 1.

“Carol is one of the most respected and talented leaders in Corporate America and has a proven track record of driving growth at a global organisation, maximizing shareholder value, developing talent and successfully executing against strategic priorities,” said William Johnson, UPS Lead Independent Director, announcing Tomé’s appointment. “As a member of the Board and Chair of the Audit Committee, Carol has in-depth knowledge of UPS’s business, strategy and people, and is the right executive to lead the company at this important time in its transformation.”

Kristin C Peck was appointed CEO of the US$6.3 billion animal health company Zoetis in January. Peck was Executive Vice President and Group President of US Operations, Business Development and Strategy, and a member of the Zoetis executive leadership team since Zoetis’ formation in 2012. Peck previously served as Pfizer’s Executive Vice President of Worldwide Business Development and Innovation, as part of the company’s Executive Leadership Team.

“Kristin has been an integral part of the management team that has firmly established Zoetis as the world leader in animal health,” said Michael McCallister, Chairman of Zoetis, on her appointment. “As head of US Operations, she has been an innovator around customer experience, creating new customer loyalty programs and investing in digital tools, campaigns and direct-to-consumer advertising to support our growth. She has a disciplined growth mindset when it comes to leading our business development and strategy functions, and, earlier in her tenure, she helped drive improvements in manufacturing and supply chain to make them more efficient. Kristin has the passion, talent and experience necessary to lead Zoetis in the next stage of its journey.” 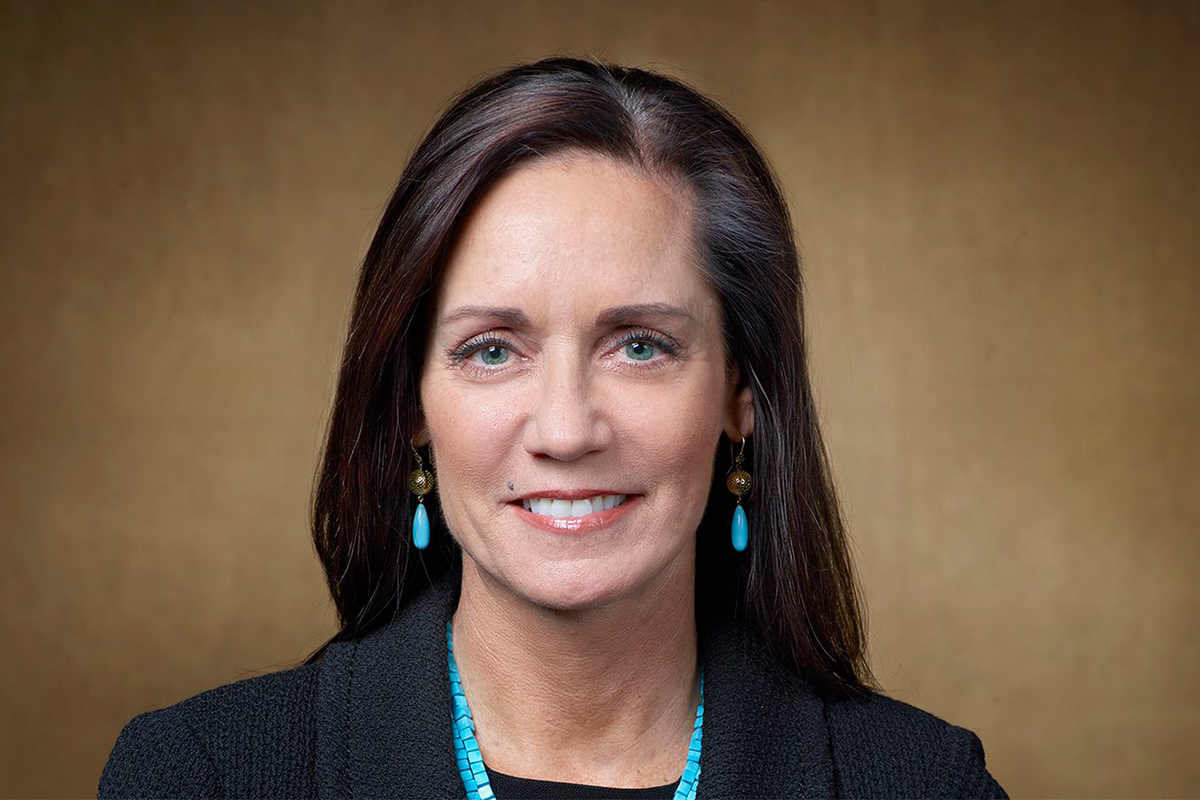 “Jenny’s appointment as president and CEO is the natural evolution of her current role and recognises both her strong track record and our confidence in her ability to lead the firm strategically into the future,” said her brother Gregory E Johnson, who was CEO and is now executive chairman and chairman of the board. “Jenny has significant experience leading and working with all parts of our business and brings extensive knowledge of the global investment management industry. She has a thoughtful perspective and innovative spirit that few can match.”

Women who steered their companies into the Fortune 500 for the first time in 2020 included Barbara R Smith, the CEO of US$5.8 billion materials business Commercial Metals, which is based in in Irving, Texas. Johnson was previously the President and Chief Operating Officer of Commercial Metals.

Nazzic Keene is a well-respected industry leader with three decades of experience in information systems and technology services, and more than 20 years in executive management. She was also the CEO of the US$6.4 billion government information technology company Science Applications International. She was appointed to the board of ADP, a leading global technology company providing human capital management solutions last month.

Judy Marks, the President and CEO of US$13 billion global company Otis Elevator, does not make the Fortune 500 list due to a technicality. Marks held senior leadership roles at three global corporations IBM, Lockheed Martin and Siemens AG. She was serving as CEO of both Siemens USA and Dresser-Rand, a Siemens business, when appointed President of Otis in 2017.

“People make a decision every day about what kind of work they’re going to do,” Marks said on Otis Elevator’s website. “That’s what I love about Otis people – they know that what we do matters. Across 200 countries and territories, we service 2 million units and touch 2 billion people every day to keep the world moving.” 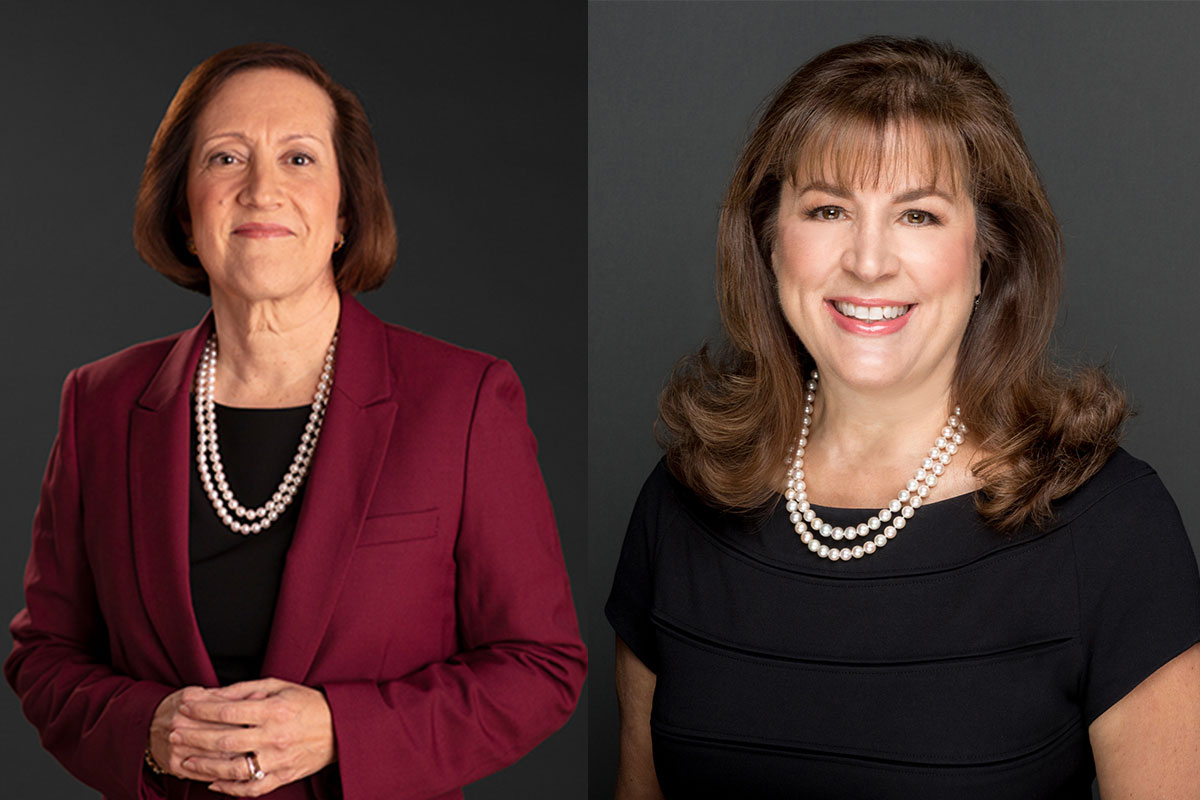 A regular female CEO on the list is Lisa Su, CEO of Advanced Micro Devices. She is a Taiwan-born business executive and electrical engineer and MIT alumni. She has led the multinational semiconductor company that has developed computer processors since 2014. Su was elected as a new member to the American Academy of Arts and Sciences last month.

It is an extraordinary time that requires shared resilience and partnership. @AMD is committed to bringing our high-performance compute to the fight. Today we announce a new HPC fund to accelerate COVID-19 related research and other community actions https://t.co/4WxqNCF1Wy

Joey Wat has been CEO of fast-food restaurant company Yum China, since 2018. The former president of KFC China heads the Shanghai-based company that employees over 450,000 people. She led the opening of 179 new stores during the first quarter of 2020, bringing the total number of outlets to 9,295 across more than 1,400 cities. Yum China was heavily impacted by COVID-19 and saw total revenues decline 24% year over year to US$1.75 billion from US$2.30 billion. 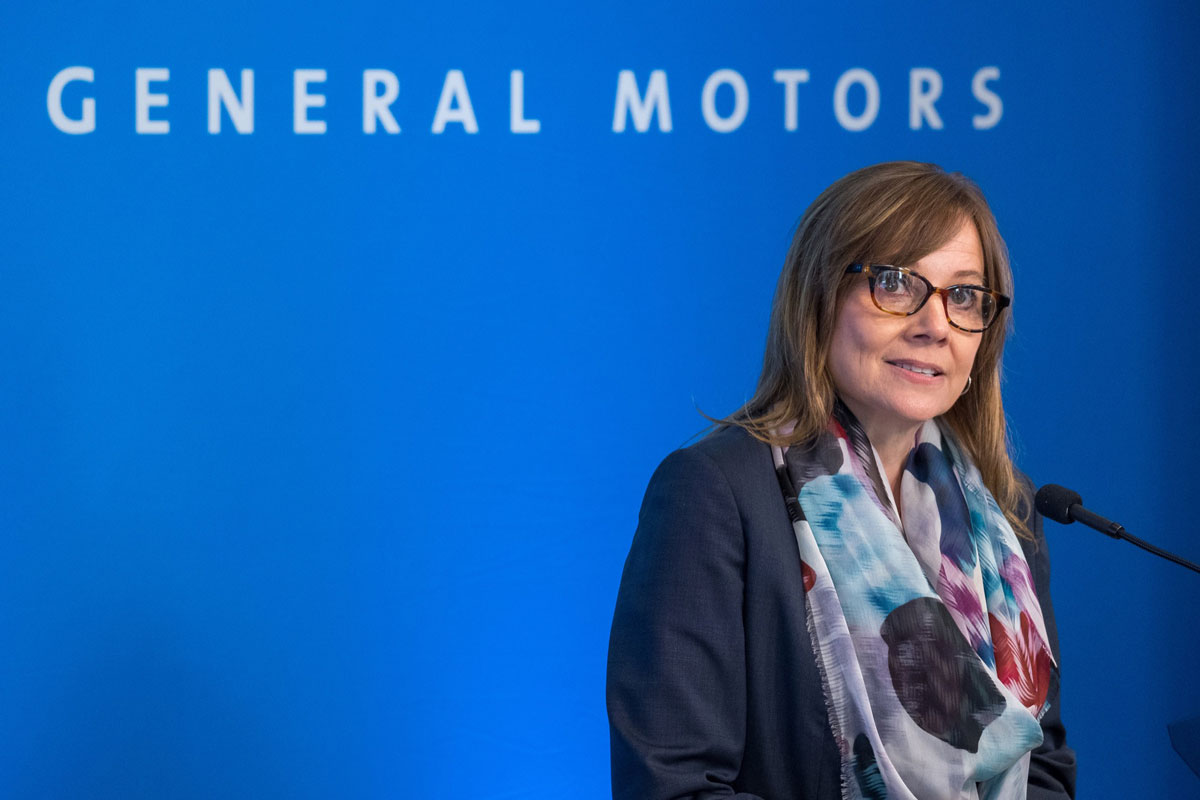 Mary Barra, CEO of the US$137 billion automotive giant General Motors, runs the largest business by a woman in the Fortune 500. The first female CEO of a major motor vehicle manufacturer, Barra oversaw GM’s involvement in helping Ventec Life Systems boost its production from 200 to 300 ventilators per month to a goal of more than 10,000.