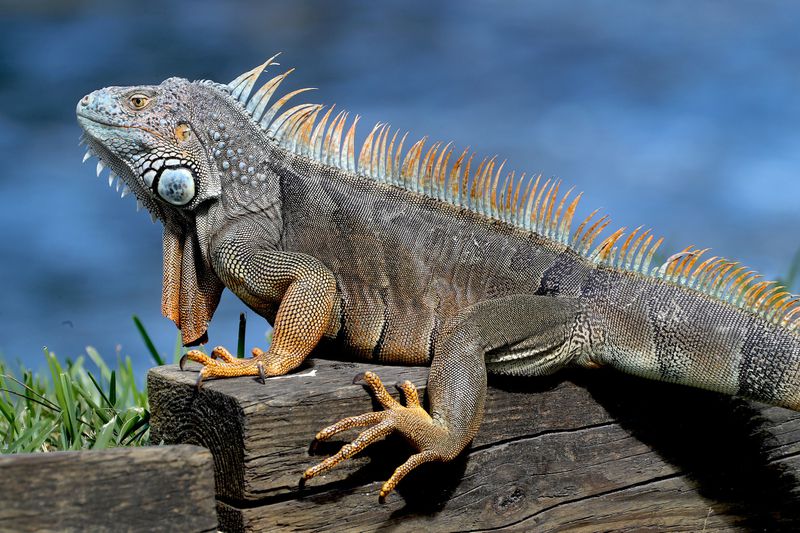 Iguanas are not dangerous or aggressive to humans, but they damage seawalls, sidewalks, landscape foliage and can dig lengthy tunnels.

An 80-pound (36-kilogram) iguana was found in a freezer at a pizzeria in Florida.

Pizza Mambo in West Palm Beach, South Florida, was not offering iguana, a lizard, as a topping.

However, the pizzeria had to shut down for a day after the inspection by the Florida Department of Business and Professional Regulation.

Non-native iguanas are multiplying so rapidly in South Florida that a state wildlife agency has been encouraging people to kill them. Iguanas are not dangerous or aggressive to humans, but they damage seawalls, sidewalks, landscape foliage and can dig lengthy tunnels. The males can grow to at least 5 feet (1.5 metres) long and weigh nearly 20 pounds (9 kilograms) and a female iguana can lay nearly 80 eggs a year, AP News reported.

The restaurant could not be reached for comment, but an employee told the South Florida Sun Sentinel that the reptile was given as a personal gift to the owner. It was stored in a separate freezer away from the restaurant’s food and was immediately put into the rubbish after they were informed it was a violation.

The iguana is considered a delicacy by some. California-based Exotic Meat Markets buys 10,000 pounds of iguana a month from Florida trappers and makes iguana sausages, hot dogs and iguana burgers.

While iguana topped pizza isn’t on the menu, Pizza Mambo had to face several other violations. The restaurant was served with 27 violations, including 10 high-priority offences.

Among the worst infractions, Pizza Mambo had over 20 “rodent droppings” under a dry storage shelf and numerous dead cockroaches throughout the facility, according to the report from Florida Department of Business and Professional Regulation. One cockroach was found on a paper towel dispenser next to the sink.

Pizza Mambo, whose licence expired on December 1, was found to have food-contact surfaces, utensils and cooking equipment that were not properly sanitized before use. Food with “mold-like growth” also was found.