The 63-year-old Australian restaurant pioneer Neil Perry has stepped away from the Rockpool Dining Group.

Perry retired from his daily role as Culinary Director and Ambassador within Rockpool Dining Group, which was formed in 2016 when Perry sold his Rockpool Bar & Grill, Spice Temple and Rosetta restaurants to Quadrant Private Equity for A$60 million.

“Whilst Neil will no longer be active in the Group, he will remain a consultant and a major shareholder,” Rockpool Dining Group said in a statement.

“Neil’s retirement comes after 40 years of pioneering the Australian hospitality landscape and after supporting the Group and the industry through the most difficult period in its history.”

The pony-tailed Neil Perry has been acclaimed as one of Australia’s top chefs since he first took over at Barrenjoey restaurant in 1982. He opened Rockpool in 1989 going on to scoop Australia’s top accolade of three chefs hats. He has published numerous cookbooks and has a long-standing relationship with Australian airline Qantas. 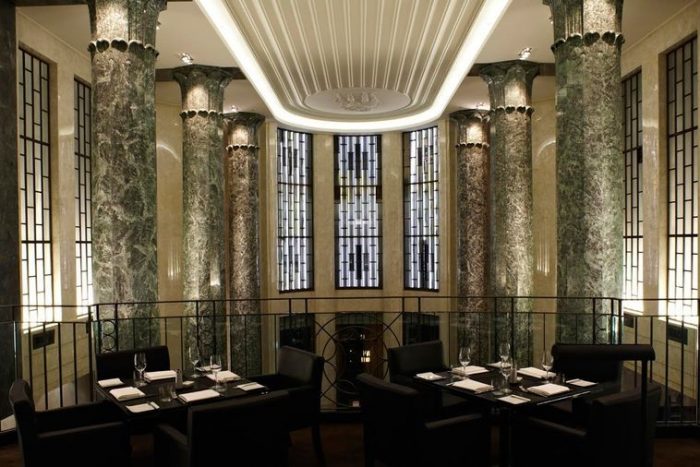 On March 1, Neil Perry and Rockpool Dining Group had said they would go their separate ways, with Perry buying back his restaurants. But the price had not been agreed before the novel coronavirus forced restaurants across Australia to close.

In a feature in AFR Magazine published on June 26, Perry initially stated he would stay with Quadrant until the value of the restaurants could be re-established, with a view to dividing up the business in 2021. However, in a follow-up interview, Perry hinted at the decision now taken.

“There’s two brands, really aren’t there. Rockpool and Neil Perry … I love Rockpool, it’s been a major part of my life for 31 years … But can I survive without it? Yeah, absolutely.”

In the Rockpool Dining Group statement on his retirement, Perry said it was time to walk away.

“As the business now needs to embark on a new chapter it is time for a fresh start. It will
never be easy to move on from the restaurants I founded, and I do so with a heavy heart, but as the business and the sector set their sights on new beginnings, it is the right time for the next generation to have the opportunity afforded to me over 40 years ago.

“The Group has embarked on an amazing post-Covid recovery with fabulous reopening results. For
now, I will throw my passion and effort into Hope Delivery, which supports those in need, as well as my other commitments.”

Rockpool Dining Group CEO Thomas Pash said the strategy from the start of the coronavirus pandemic was to ensure it came out of the period stronger and better than ever in order to provide opportunities for its amazing team and customers.

“Our plans are well on track and we thank Neil for his incredible commitment to the Group, not to mention the legacy that he leaves behind,” Pash said.

“We thank Neil for everything he has done for the Industry over the past 40 years, in particular his amazing effort to support the community over many years and during its most challenging period. Neil has been a driving force in the industry and has been key to the successful re-opening of our venues.

“We are excited for Rockpool Dining Group’s future with many fantastic people driving the business forward during its next chapter whilst also maintaining and building on the DNA embedded by Neil in the business. The team will continue to strive to provide our customers and team with amazing experiences and opportunities. We look forward to continuing our friendship with Neil in the years ahead.”