Anyone who is interested in the Tesla CEO Elon Musk knows he is ambivalent about the government stay-at-home measures imposed because of the risk of infections from the potentially deadly coronavirus pandemic that has swept the world.

It might smack of self-interest but Elon Musk was an angry man on Tesla‘s quarterly earnings call which revealed a third successive quarterly profit, for the first time in the electric vehicle and solar power business’ 17 years of existence.

Elon Musk called the coronavirus induced shelter-in-place orders in the San Francisco Bay Area where he has a factory “fascist” actions that are stripping people of their freedom.

Musk’s comments come after a torrent of criticism for remarks he made on Tuesday night (US time) on Twitter, in which the billionaire Tesla CEO echoed President Donald Trump by writing in capital letters, “Free America Now” and linking to a Wall Street Journal opinion article suggesting that lockdowns did not save many lives, with the message “Give people their freedom back!”

“We are a bit worried about not being able to resume production in the Bay Area, and that should be identified as a serious risk,” Musk started. Six Bay Area counties jointly extended the shelter-in-place orders affecting San Francisco, Fremont, and other cities to 31 May, with only some minor relaxing of restrictions.

“The expansion of shelter-in-place, or as we call it, forcibly imprisoning people in their homes, against all their constitutional rights, is, in my opinion, breaking people’s freedoms in ways that are horrible and wrong, and not why people came to America and built this country,” Musk said. “What the f@@k!”

Musk said he was worried for the future of Tesla’s suppliers.

“Everything people have worked for all their lives is being destroyed in real time. A lot of suppliers are having hard times, especially small ones,” said Musk. 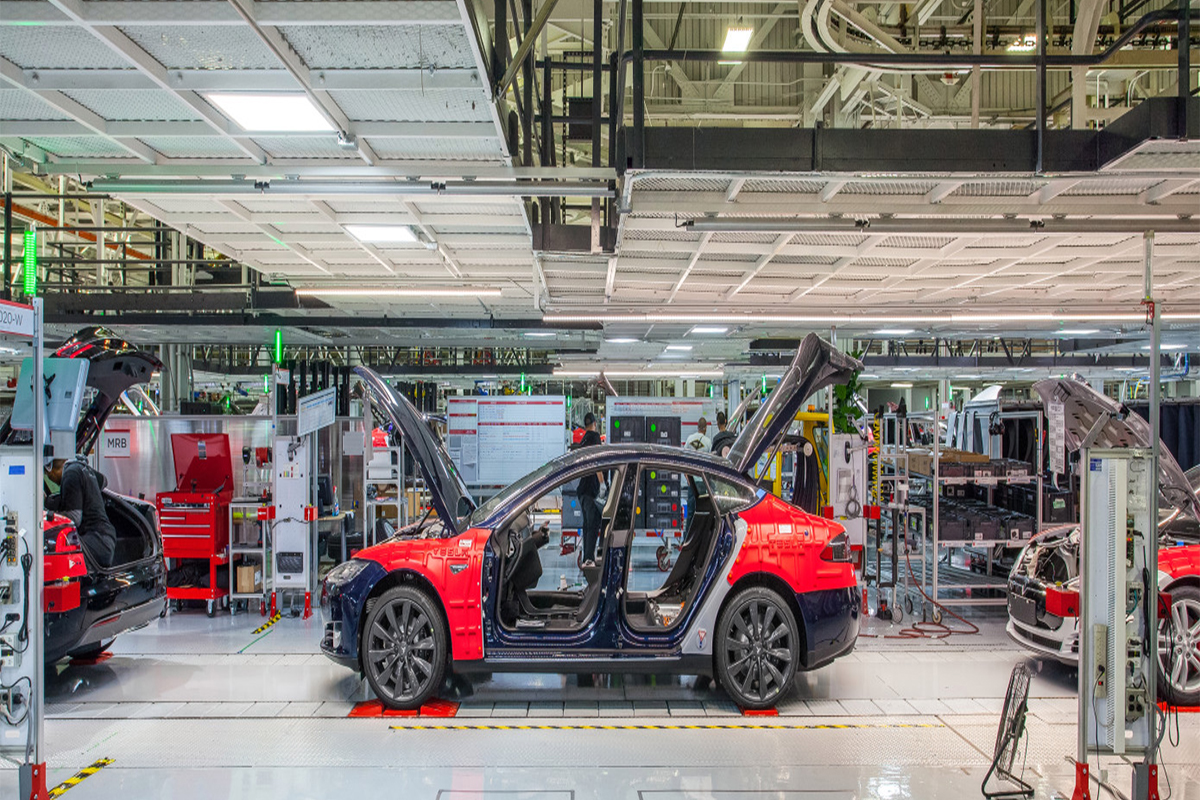 The US economy shrank at a 4.8% annual rate in the first quarter of 2020 and the decline is expected to worsen between now and June. A further 4.4 million Americans sought unemployment benefits last week, bringing the total number of jobless claims since mid-March to 26.4 million – more than 15% of the workforce.

Tesla announced its first-quarter profit, saying it earned US$16 million and generated revenue of $US5.99 billion, with its results buoyed by improved automotive margins and reductions in operating expenses. Tesla’s first quarter revenue is 32% higher than the US$4.5 billion it generated in the same period last year, but 19% lower than the fourth quarter when it generated US$7.38 billion.