The infections and deaths from the COVID-19 virus have left a terrible scar on the world and it is changing global business for ever.

As the level of coronavirus infections in a majority of countries appears to have reached its peak, prime ministers are preparing their populations for a gradual return to normal. However, it is becoming clear that there will be a new normal as many countries will not try to eliminate COVID-19 before restarting its business sector.

Essentially China, the world’s second largest economy, has been living about seven weeks ahead of the rest of the world for this year. The virus began in Wuhan, China’s fifth biggest city, which forced it to take unprecedented action, stopping the movement of people and closing its economy.

Then China mandated a return to normality. Citizens had to scan a Quick Response (QR) to enter their apartment block, a commercial premises and workplace, where temperatures checks were taken. Masks have to be worn in public and in the workplace. Social distancing between people was also implemented. An app tells the government where the person has been.

And as the rest of the world prepares to follow China, multi-national business that had to first respond to the outbreak in China are using their experiences to form a blueprint for other countries. 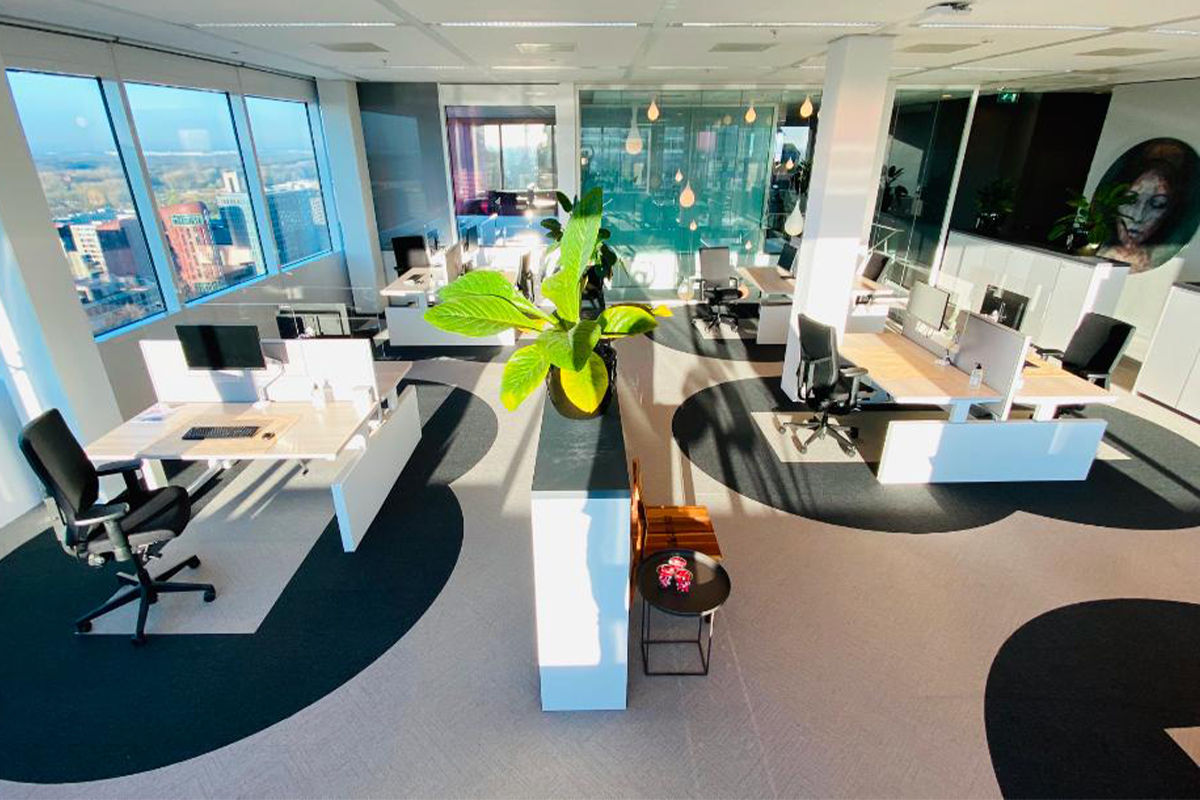 Global brands like Nike, Starbucks and Disney are sharing their experiences in China and credit their teams there for guiding them through the crisis. Nike said in March it was “seeing the other side of the crisis in China” and had sketched out a multistage evolution in Nike’s affected markets in the rest of the world based on its China experience after a five-to-six week containment phase. In China, Nike’s digital sales increased more than 30% during the period when shops were closed, a trend that has been mirrored in other markets, including North America, where executives said the surge has been comparable to holiday-season levels.

Volkswagen reopened its giant plant in Wolfsburg, Germany, earlier this week, after production resumed at 32 of the 33 factories that Volkswagen operates with partners in China. VW’s component plants in Braunschweig and Kassel, Germany restarted production on April 6 with parts plants in Salzgitter, Chemnitz and Hanover in Germany, and in Poland, following after Easter. They have all restarted with 100 or so health protection measures learned from China, which range from the mandatory wearing of masks and the adherence to social distancing and hygiene rules, to the requirement to regularly measure body temperature.

Daimler, with about 80% of its 170,000 employees hit by short-time working in one form or another since the beginning of April, also resumed drive and transmission technology production in Germany earlier this week. Daimler did not stop manufacturing its luxury cars, the new S-Class. Daimler General Works Council Chairman Michael Brecht said some plants would start immediately with three shifts, others with two, or initially only one shift. They have adopted the practices of their China operation.

“We have always said that when we start again, the risk of infection should be lower here than outside the company,” said Brecht.

Despina Katsikakis, a London-based partner who focuses on innovation and emerging practices, has been advising businesses around the world on the return to work.

It has created a six-point plan for a business to return to the office.

Katsikakis believes the novel coronavirus pandemic has brought forward the future of work by as much as a decade. The business has launched a visual guide for its clients, named Six Feet Office. The concept, a “living laboratory” in Cushman & Wakefield’s Amsterdam office, was based on its research from China and feedback from workers and clients across the globe.

“It is a prototype that basically is there to inspire people to think about solutions, on how to bring into play social distancing, how to prepare the building appropriately, and really to nudge people towards different behaviors,” said Katsikakis.

In the new normal, desks are spaced out six feet apart. Health officials around the world have advised people to maintain this distance from one another to prevent spreading the coronavirus. Workers are instructed to walk “one way only” — clockwise — throughout the office, to avoid moving past each other and potentially spreading more germs. Katsikakis said the guidance was based on consultations with health care experts, who shared how medical staff were navigating in hospitals.

“We need to ensure we have trust that we’re going back to a healthy environment,” said Katsikakis.

The idea of desks spaces six feet apart, doesn’t mean having to find a larger office. The coronavirus lockdown has shown that remote working is effective — and largely here to stay, said Katsikakis. Fewer people will be using the same space than before the pandemic.

How can real estate owners most effectively prepare their assets for the return of building occupants? And how can employers ensure they are prepared to receive their workforce? Get our How-To Guide For Reopening Your Workplace >> https://t.co/0Hp10ASDdS pic.twitter.com/xt88R9Aylp

Over the next few years, she envisions sensors replacing most of the shared surfaces we used to touch. Instead of swiping your entry pass to get indoors, for example, you might face a facial recognition camera or pull up a QR code on your smartphone.

The boom in demand for enterprise software, such as Microsoft Teams, Zoom, and Slack, has been “unprecedented,” said Jared Spataro, corporate vice president for Microsoft 365.

He said on Thursday that the messaging and video conferencing program now has 75 million daily users — up 70% from last month.