The new Mercedes-AMG GLA 45 4MATIC+ is a statement of power.

If you enjoy driving and enjoy unleashing an engine that responds dramatically, the Mercedes-AMG GLA 45 4MATIC+ is a serious SUV sports car. It is at the top of the league with the new Audi RS Q3.

“When required, these compact all-rounders can unleash a level of dynamic handling to impress even sports car owners. The 2.0-litre engine is the most powerful series-produced four-cylinder turbo engine and is available in two output and torque versions. Even the base model delivering 285 kW (387 hp) is more powerful than the previous model. The S‑variant rated at 310 kW (421 hp) jostles with considerably higher vehicle classes. The active, fully-variable AMG Performance 4MATIC+ all-wheel drive distributes the power to the rear axle wheel-selectively by AMG TORQUE CONTROL, so providing the basis for top traction in any driving conditions. The AMG SPEEDSHIFT DCT 8G dual clutch transmission apportions the power within a split second to suit the specific driving situation,” Daimler said in a media release.

“One new feature which makes a substantial contribution to the incomparable driving experience is the active, fully variable AMG Performance 4MATIC+ all-wheel drive: this system offers selective power distribution to the wheels on the rear axle via AMG TORQUE CONTROL. This means that the power is distributed to the left and right rear wheels flexibly and at different ratios, according to the given driving situation – resulting in optimum traction, whatever the road surface conditions and whatever course the route takes. This made possible by a redesigned rear axle differential featuring two multi-disc clutches, which selectively provide the flow of power to each individual rear wheel.” 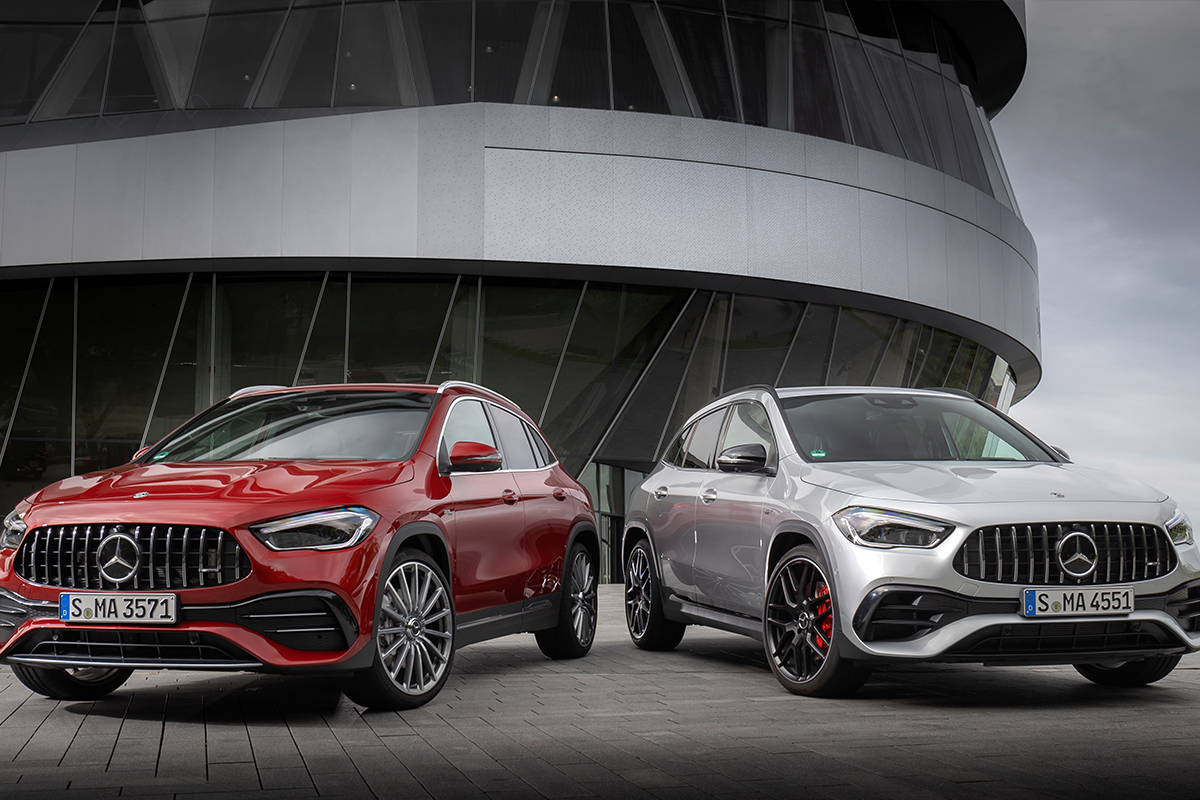 If you liked the GLA250, this will blow your mind as AMG have transformed Mercedes’ smallest crossover.

“With an output of up to 310 kW (421 hp), the completely new Mercedes-AMG 2.0-litre engine is currently the world’s most powerful turbocharged four-cylinder manufactured for series production,” Daimler said. “Mercedes-AMG has improved on the output of the preceding engine by 30 kW (40 hp). Maximum torque has also increased, from 475 to as much as 500 newton metres.

“The four-cylinder engine delivers extremely agile drive power in two output ratings: with 310 kW (421 hp) as the S-Model and with 285 kW (387 hp) in the base version. The new compact sports cars absolve the sprint from zero to 100 km/h in record time: the GLA 45 S 4MATIC+ requires just 4.3 seconds, while the base model GLA 45 4MATIC+ gets up to speed in 4.4 seconds. The top speed of the base model is electronically limited to 250 km/h, while the S-Model is allowed to leave the factory with a top speed of 270 km/h.

“Apart from its pure performance figures, the new engine has an immediate response. To this end the torque curve was carefully balanced. The peak torque of 500 newton metres (480 newton metres for the base version) is available in a range of 5000-5250 rpm (4750-5000 rpm in the base version). With this configuration the AMG engineers have achieved a power delivery akin to a naturally aspirated engine.” 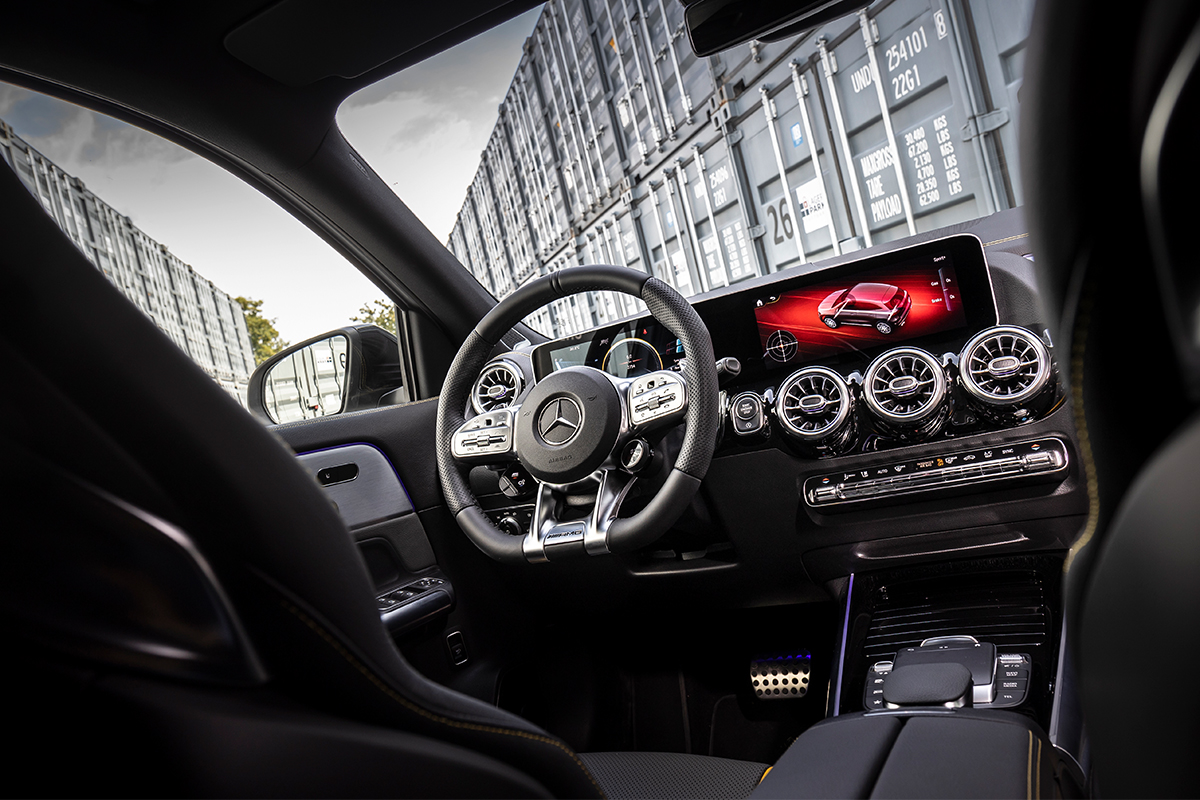 It looks muscular and powerful. The interior has been transformed from the GLA250 with driver and front passenger seated in an active position on contoured sport seats (AMG Performance seats may be ordered for a price). Red stitching is standard and there are red seatbelts.

The 10.3-inch MBUX infotainment system features an AMG-specific Supersport gauge cluster that looks great. There are two displays under one shared glass cover.

The AMG exhaust system on the GLA 45 is beyond belief.

“Depending on the choice of drive program, the sound signature ranges from harmonious and discreet (in the programs Slippery, Comfort and Sport) to emotive and sporty (in Sport+ and RACE). The sound characteristics are controlled by an exhaust gas flap, depending on engine speed and load. AMG Real Performance Sound is available as an option. With this technology, the sound designers at AMG have been able to capture the actual engine sound, using a specially developed sensor, and to channel this into the interior in order to be able to offer an even more thrilling audio experience,” said Daimler.

The prices are yet to be announced, but the 2021 Mercedes-AMG GLA 45 4MATIC+ will go on sale later this year.