The Lamborghini Sián Roadster has been unveiled and it is simply spectacular.

However it is a strictly limited edition release. Automobili Lamborghini will only build 19 and said in a statement that all have been pre-sold. 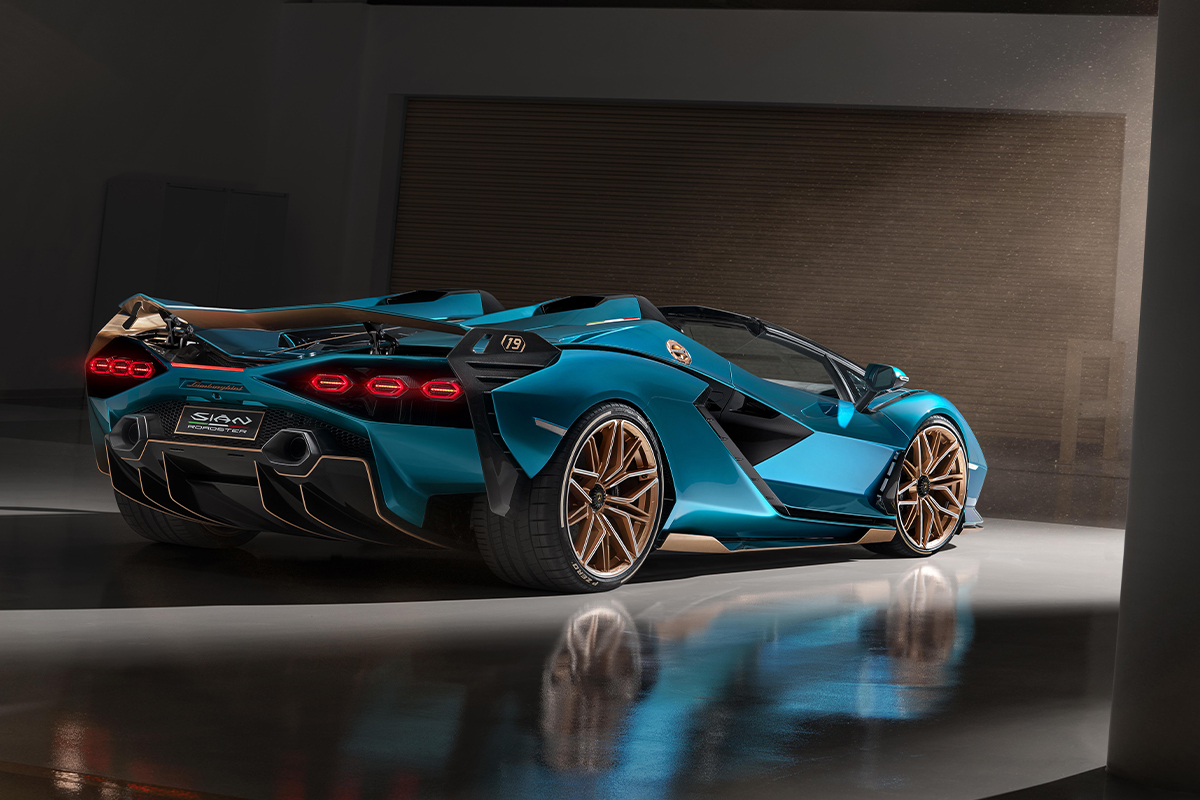 “The roofless design of the Sián Roadster puts an exclusive group of drivers in one of the most spectacular cockpits ever: always open to the sky; resonating with the inimitable V12 sound from the most powerful Lamborghini engine to date; and experiencing extraordinary performance while reveling in the Sián Roadster’s role in Lamborghini’s route to future hybridization,” said Lamborghini.

Only 63 models of the fastest car ever known, the Lamborghini Sián, will be built in the form of an 807bhp hybrid hypercar. All 63 have been bought.

“The Sián Roadster encapsulates the spirit of Lamborghini,” said Stefano Domenicali, Automobili Lamborghini Chairman and CEO. “It is the expression of breathtaking design and extraordinary performance, but most importantly embodies important future technologies. The Sián’s innovative hybrid powertrain heralds the direction for Lamborghini super sports cars, and the open-top Sián Roadster affirms a desire for the ultimate lifestyle Lamborghini as we move towards a tomorrow demanding new solutions.” 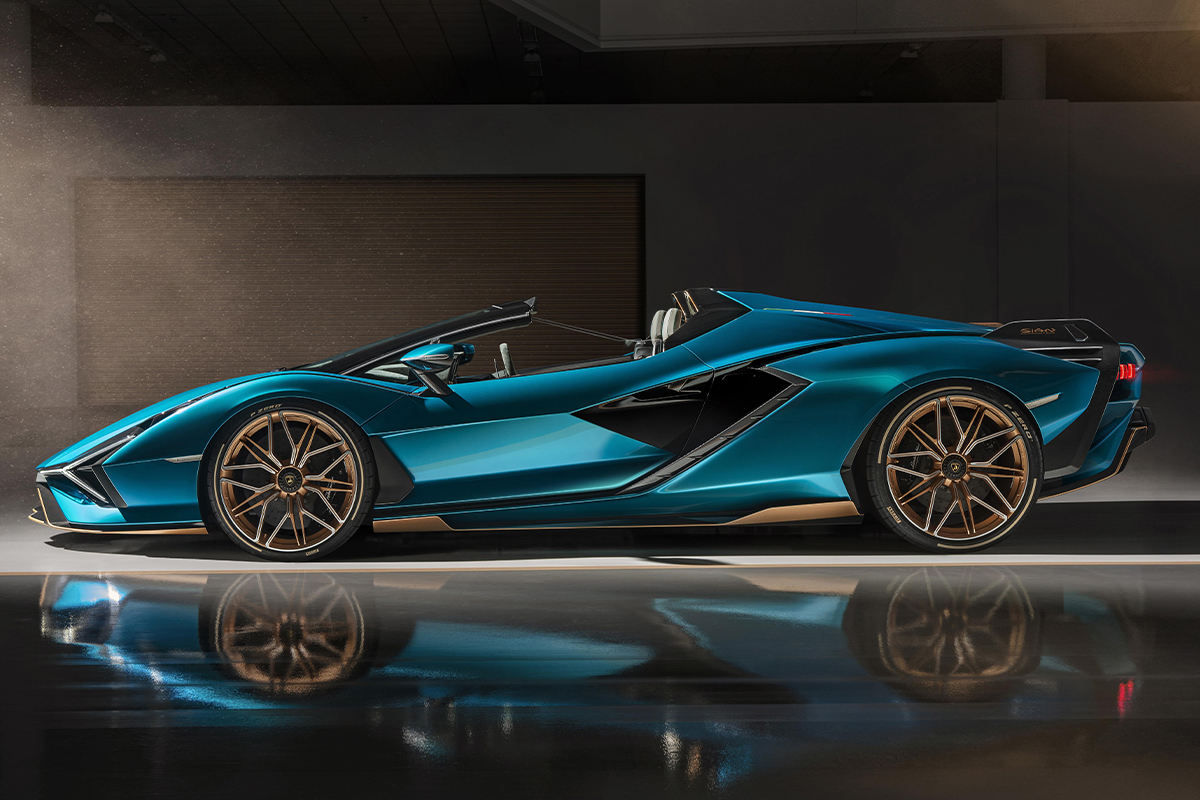 The Sián Roadster uses the same 6.5-litre naturally aspirated V12 as the Aventador, but uprated to 774bhp at a screaming 8,500 rpm. Said V12 is augmented by a 48-volt mild-hybrid system, which uses a small electric motor incorporated into the gearbox. It gives a 33bhp power boost to take the Sián Roadster up to 807bhp. This means the hypercar can reverse and manoeuvre its way around a car park without the engine running.

Rather than drawing power from a conventional lithium-ion battery, the Lamborghini Sián Roadster uses a supercapacitor. It’s much lighter and more energy-dense than a normal battery and can accept/deliver charge much faster. The Sián’s whole hybrid system only weighs 34kg and is fully charged whenever the car brakes. The power is available immediately, up to 81mph when the e-motor is disconnected. 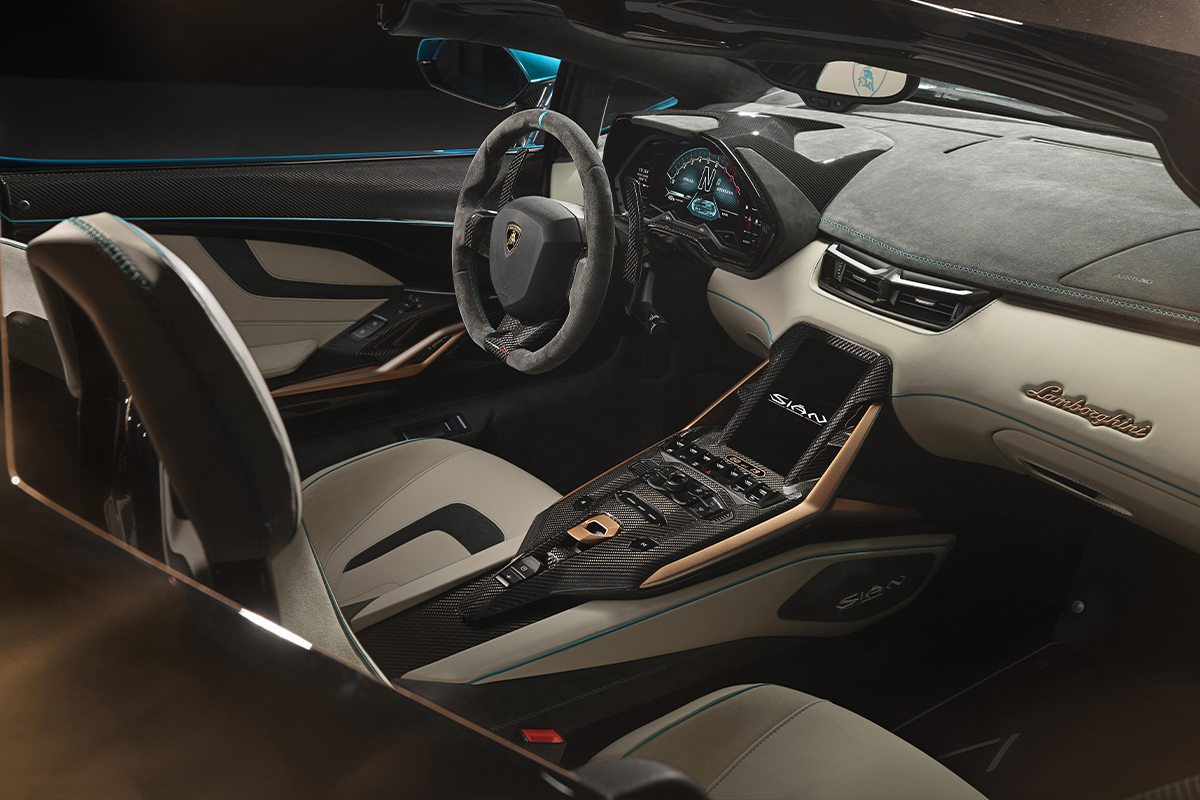 Lamborghini claims the Lamborghini Sián Roadster goes from 0-62 mph in 2.9 seconds – a tenth of a second slower than the Coupe with a top speed of over 220mph.