The BMW X7, the SUV that takes luxurious driving pleasure to a new level, has a new member of the family: the BMW X7 Dark Shadow Edition.

BMW Group say that the Dark Shadow is the first ‘Edition’ model of the V8 BMW X7.

“The most striking feature of the edition model is the BMW Individual special paint finish in Frozen Arctic Grey metallic. This particularly high-quality and elaborate variant of the body finish is now used for the first time in a BMW X model. Additional selected variants of the special BMW Individual paint finish will be added to the range of optional equipment items for the BMW X7, BMW X6 and BMW X5 to coincide with the start of production of the edition model, ” BMW Group said in a media release.

“The precisely coordinated details of the design and features for both exterior and interior give the BMW X7 edition model the status of a collector’s item. The BMW X7 Edition Dark Shadow will be produced at the BMW plant in Spartanburg (Germany)/USA from August 2020 onwards in a limited edition of about 500 units. The edition model is available worldwide and can be combined with all engines offered for the BMW X7.” 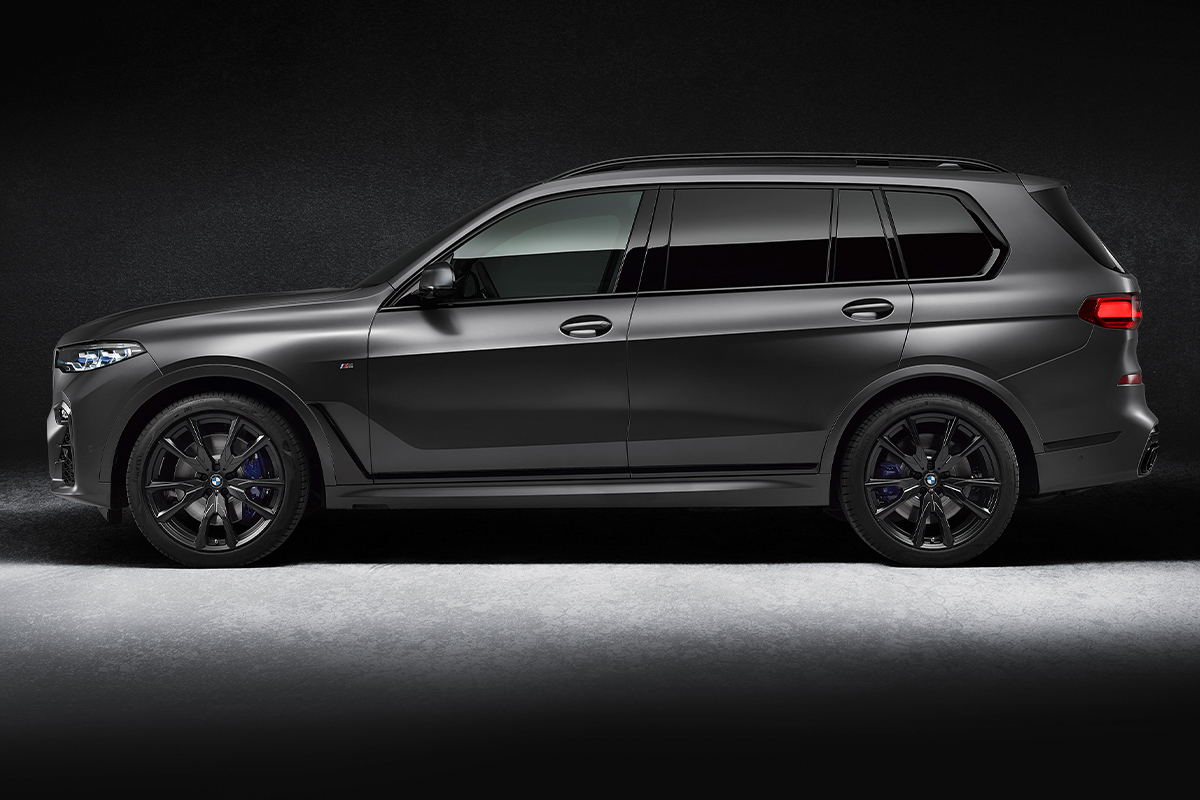 Car and Driver state there are only 75 BMW X7 Dark Shadow editions to be made available in the US.

The BMW X7 Dark Shadow is an appearance package. Finished in Frozen Arctic Grey matte metallic paint with gloss-black trim, it sits on 22-inch matte Jett Black wheels. The exhaust tips are also finished in black chrome, and it’s an M50i, so it has the M Sport exhaust, brakes, differential, and adaptive M suspension.

The Dark Shadow edition can be made in either six or seven seat passenger configurations. 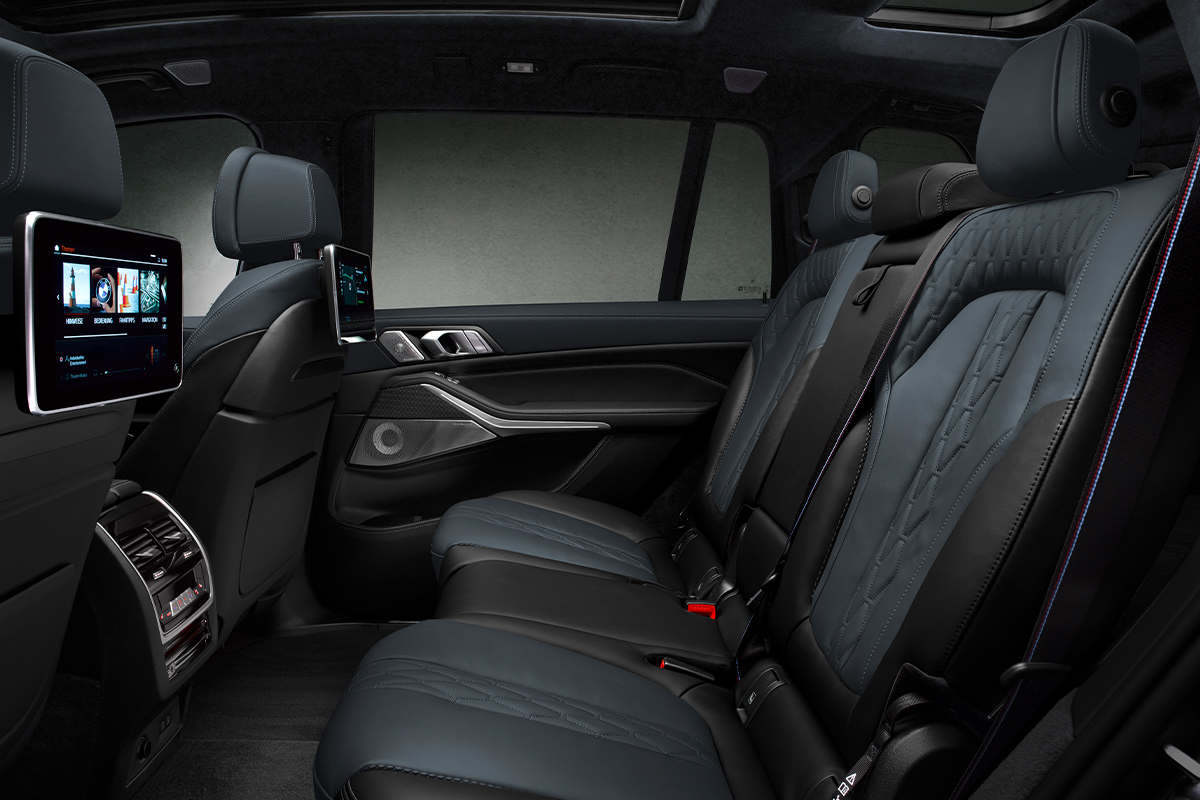 The seats are wrapped in two-tone Night Blue and back full Merino leather with contrast stitching. The dash, doors, and armrests are also trimmed in the Night Blue leather, while the lower dash and front seatbacks are covered in black leather.

BMW Group states that, in addition to the Frozen Arctic Grey metallic version available exclusively for the BMW X7 Edition Dark Shadow, additional special BMW Individual finishes will be integrated into the production process at the BMW plant in Spartanburg, Germany, from August. 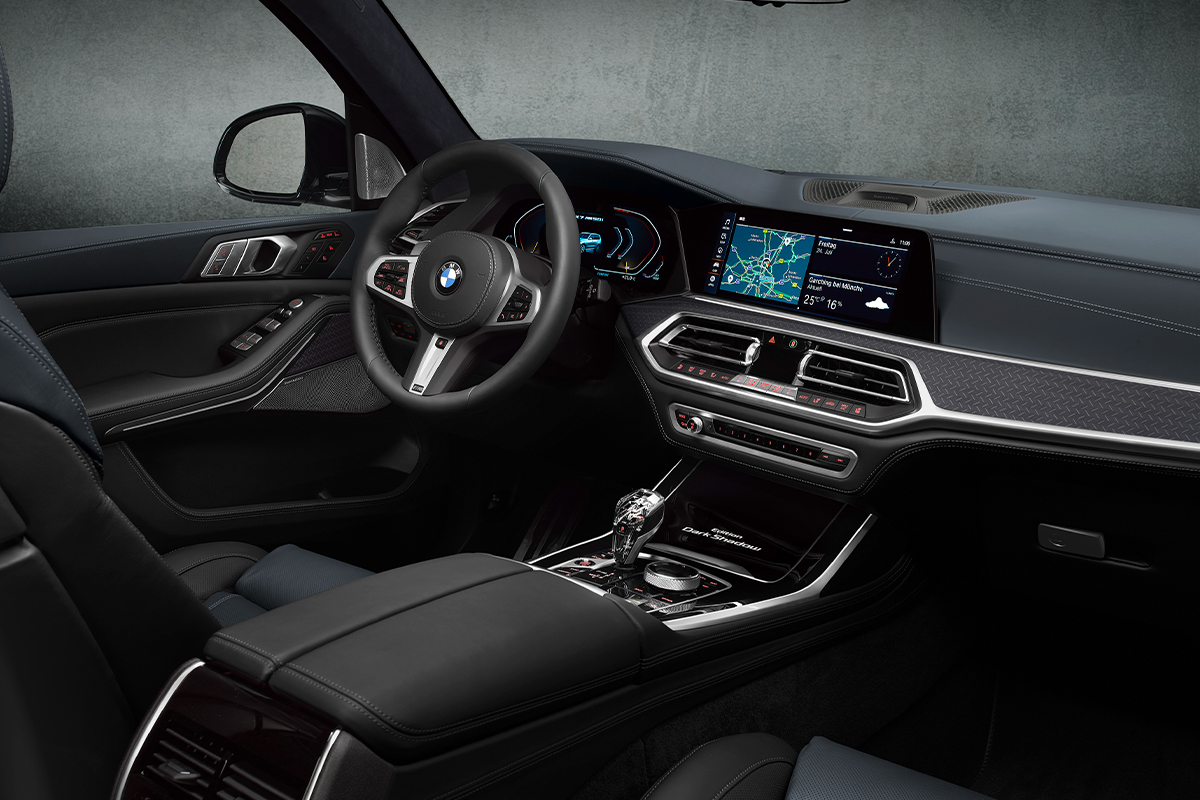 “This means that the BMW X7, BMW X6 and BMW X5 models can now also be given a particularly high-quality finish in Urban Green and Grigio Telesto metallic,” state BMW Group.