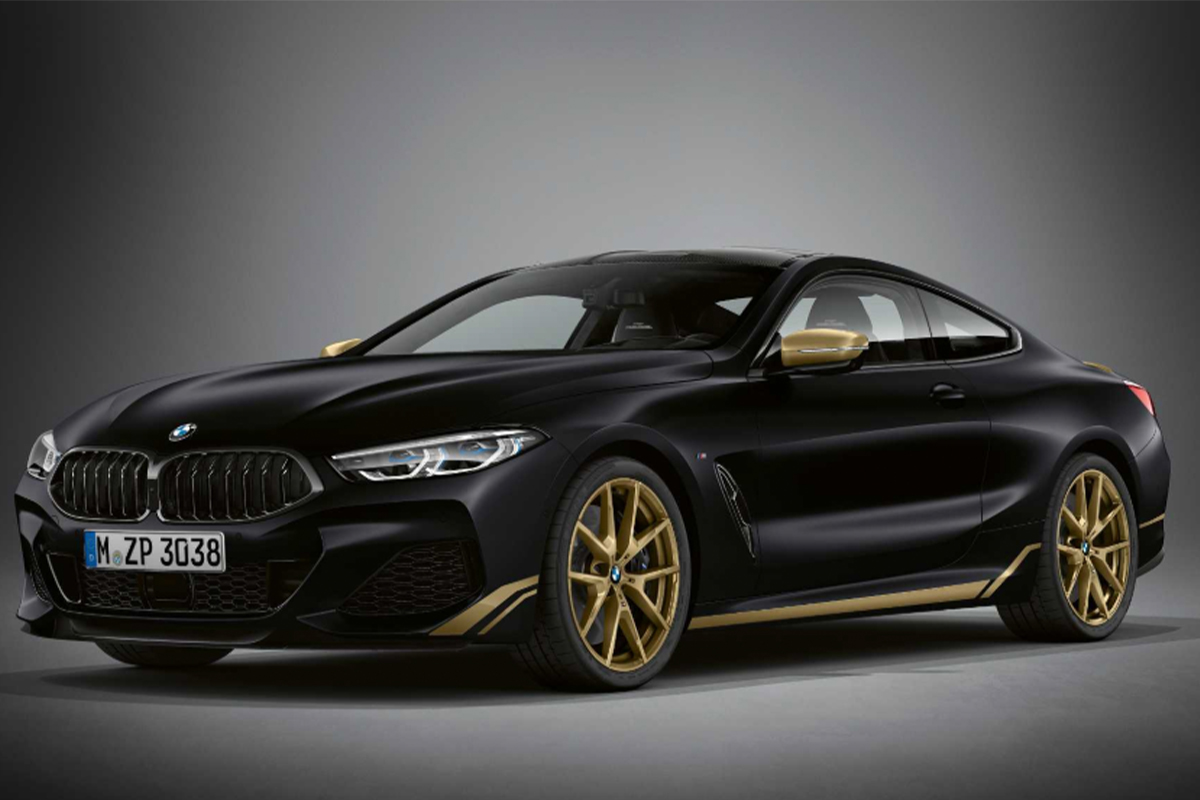 "The BMW 8 Series Edition Golden Thunder demonstrates the capacity of BMW Individual to turn special vehicles into unique automobiles for customers with the very highest expectations."

“Fascinating dynamic performance is the striking quality of the BMW 8 Series models. The premium automobile manufacturer’s luxury sports car is now due to be enhanced with a touch of extravagance in all three body variants. Specific design accentuations in gold along with high-end BMW Individual equipment features for both the exterior and interior ensure an incomparable blend of sporty flair and luxury,” BMW said in a media release. 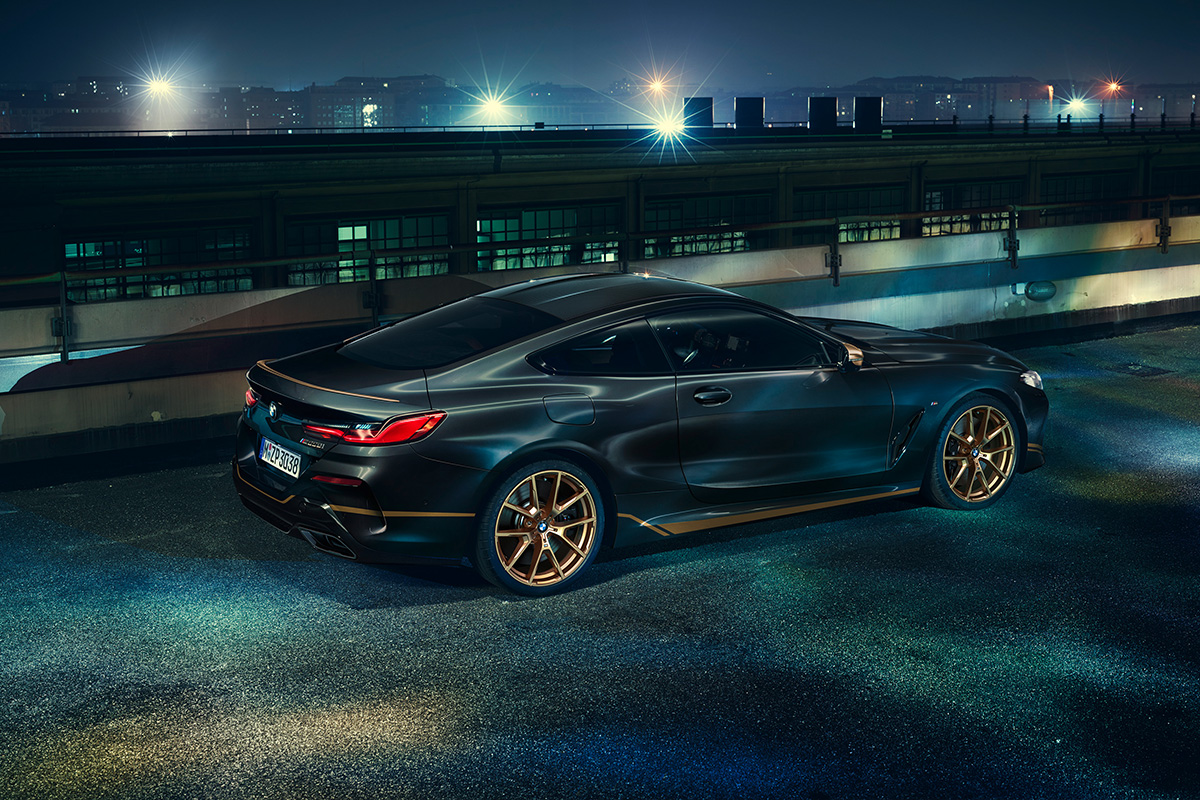 “The BMW 8 Series Edition Golden Thunder demonstrates once again the capacity of BMW Individual to turn special vehicles into unique automobiles for customers with the very highest expectations in terms of style and quality. The exclusive design exterior and interior design features add unmistakable accentuations that give the edition models the character of a custom-built vehicle,” said BMW. 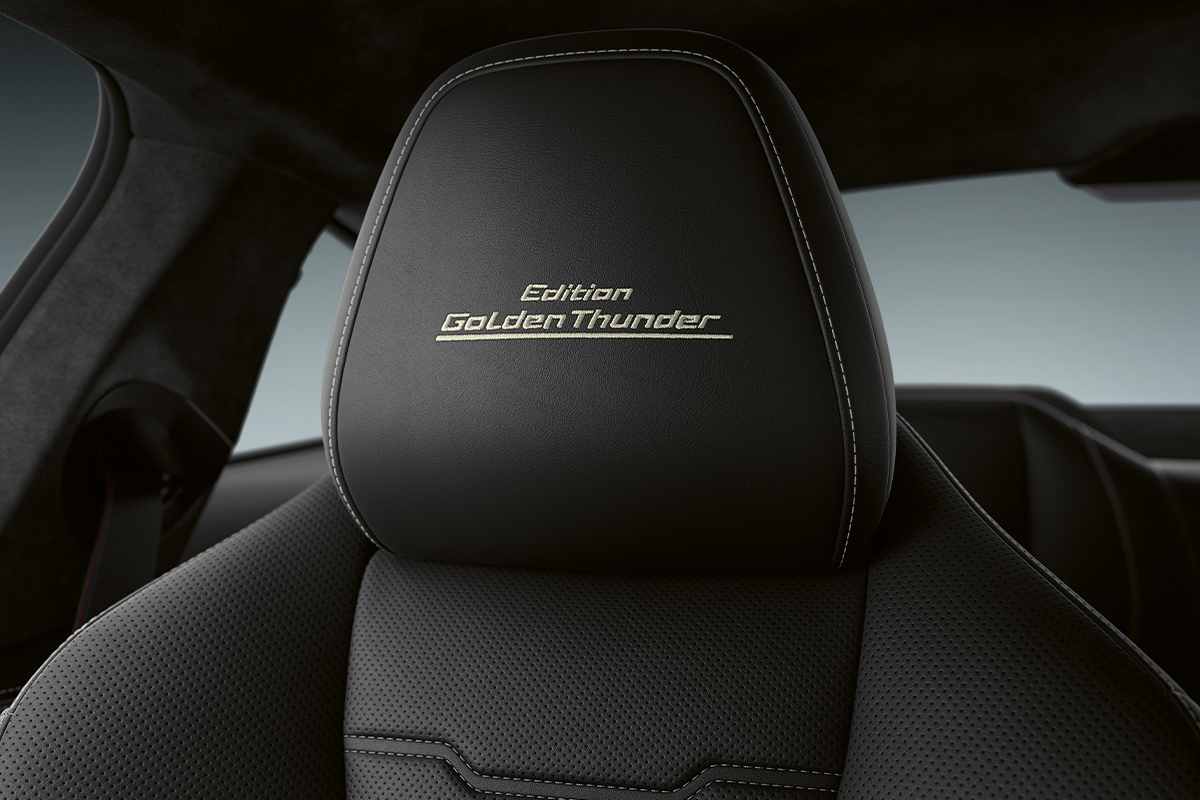 The BMW 8 Series Edition Golden Thunder’s body is coated in Frozen Black metallic for a matte finish or Sapphire Black metallic for a gloss finish. The “golden” element comes in gold accent lines that run from the front end, along the side skirts, and to the rear apron. These are complemented with gold side mirrors, a gold M rear spoiler (Coupé only), and a set of 20-inch M light alloy wheels in double-spoke design, finished in gold. 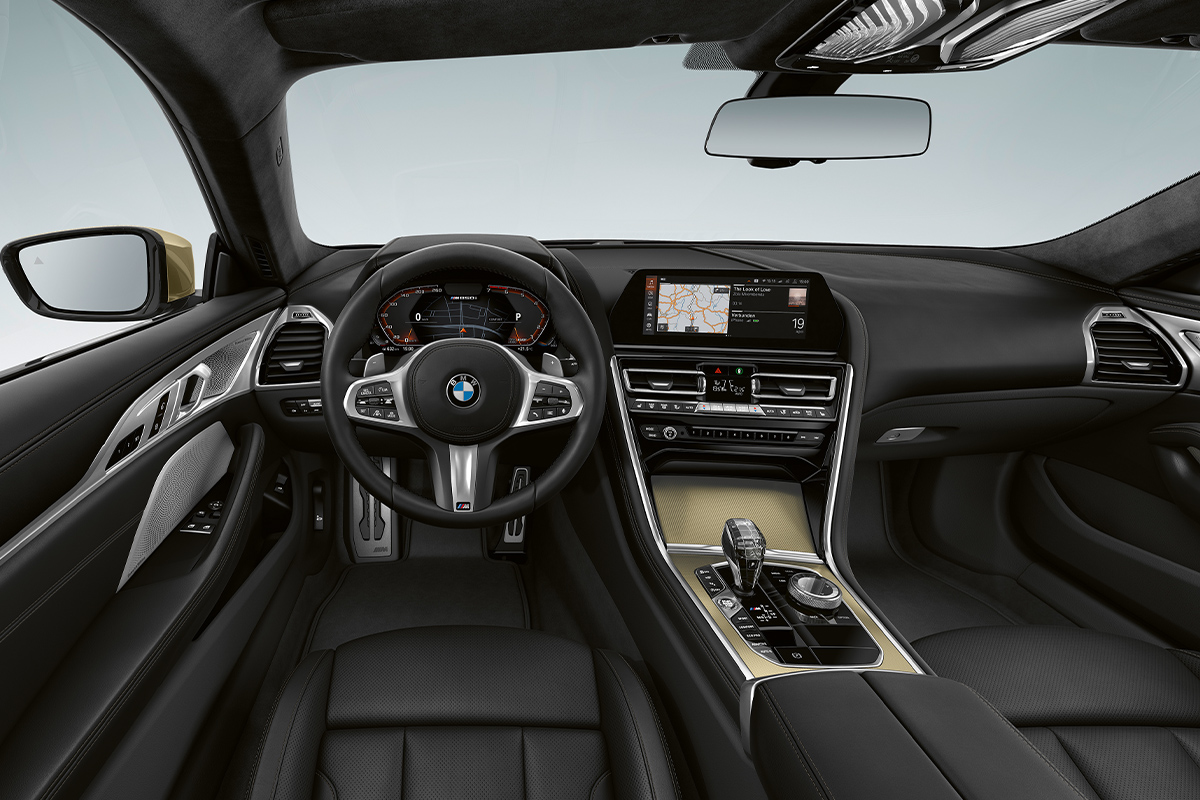 “Sports car flair and individual luxury are also combined in the interior of the edition models to create an extravagant ambience,” BMW said. “This is ensured not only by the extended BMW Individual Merino leather trim in black with the ‘Edition Golden Thunder’ inscription embroidered on the front headrests and the BMW Individual Alcantara Anthracite roof liner for the BMW 8 Series Coupé and BMW 8 Series Gran Coupé, but in particular by the interior trim finishers in Aluminium Mesh Effect Gold. On the centre console, the finely structured and high-end shimmering surfaces are supplemented with an edition emblem. The edition models also feature CraftedClarity glass applications for selected controls and the Bowers & Wilkins Diamond Surround Sound System.”